I was watching our hives last week, and thought Hive #1 was looking less busy at the entrance. I was thinking it had swarmed. So we opened up the hive, and found our marked queen, which means the hive had not swarmed. ( When a hive swarms, the original queen flies off with half of the honeybees ) But we did find lots of drone cells and 3 queen cells that are being built. We removed the queen cells, but I know we can't stop them from swarming that way. We are going to do a split to reduce the hive population, and remove any more queen cells.

We just received the queens we ordered from Jennifer Berry, so we have to do this quickly. Its best to do splits in May, I understand, but this being early June I think we'll be ok. 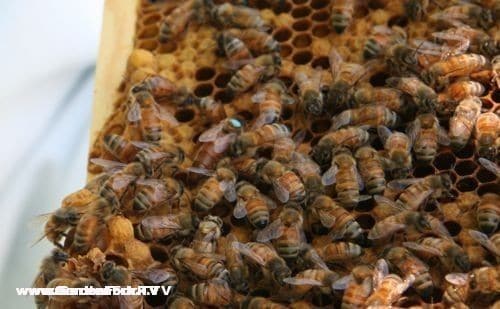 Our original queen is still in the hive, so it has not swarmed yet. The queen is the bee with the blue mark. 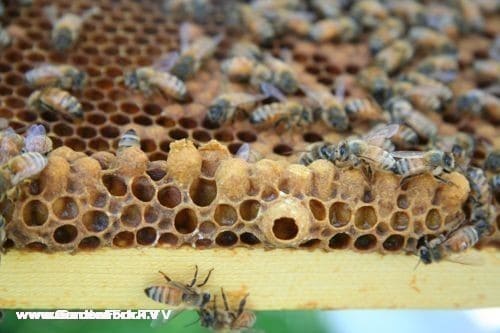 the beginning of a queen cell among drone cells 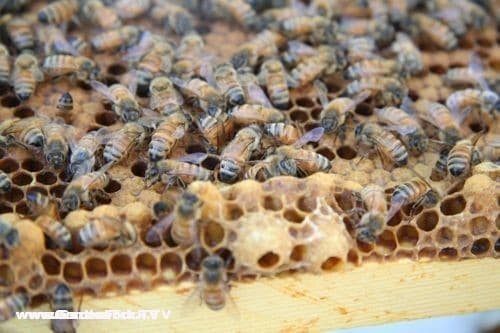