Yesterday after the giant storm of 20 inches at the end of October was really a great day it was super puffy clouds out there blue sky about 50° and I said hey let's take out the canoe. So we put the canoe in the Ford F150 and drove down to one of our local ponds. 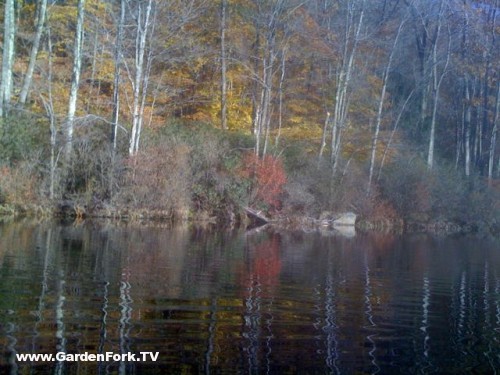 Were we went canoeing isn't really a pond, though it's called a pond, not sure why, it's 145 acres. This area was originally a little beaver pond, the beavers had dammed up a small creek, and it became a very large marshy area. The state came in and made the dam into a spilway and created this really great lake perfect for canoeing. There are a lot of tree stumps and dead trees in the lake and this keeps powerboats out.

This lake is our favorite lake to go canoeing and the water shallow, is really clear, it's really quiet and there's almost never anyone else out on this lake where there. 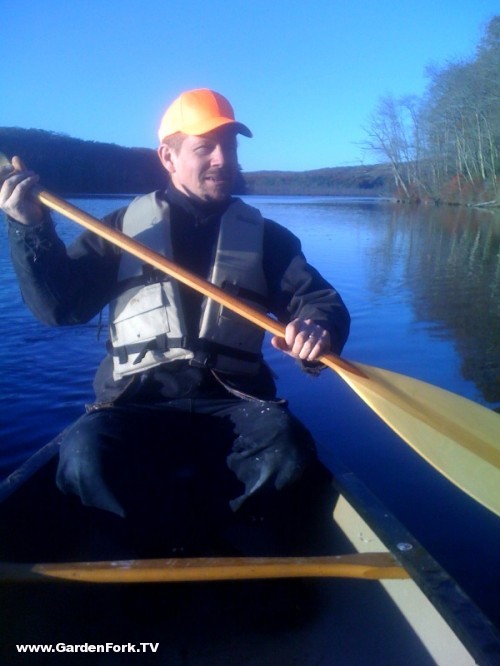 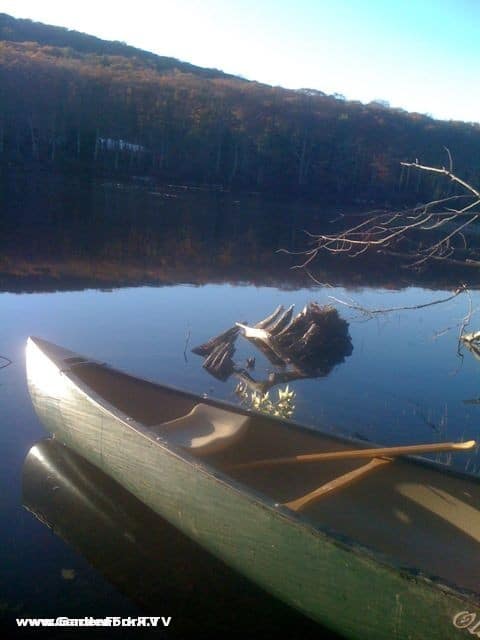 parking the canoe to investigate the brook 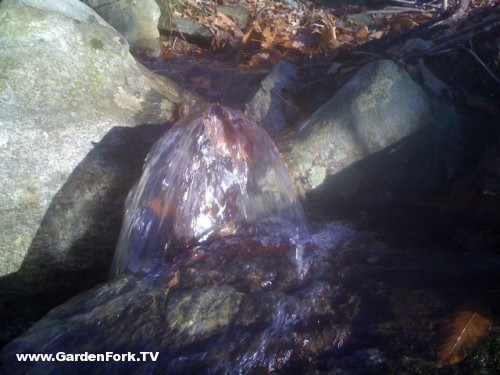 We were on the far end of the lake and we heard this babbling stream that I had not heard before so we canoed over to the shore, which is full of brambles and Mountain Laurel and wild blueberries, and we hiked through the brush and found this really cool little brook. I think is called a vernal stream, it was really quite active because was all the snow melt from the 20 inches of snow we had in October. While checking out the broad we run across fresh signs of beavers harvesting trees and took some pictures. Beavers have front incisors that are constantly growing so they need to constantly eat wood. 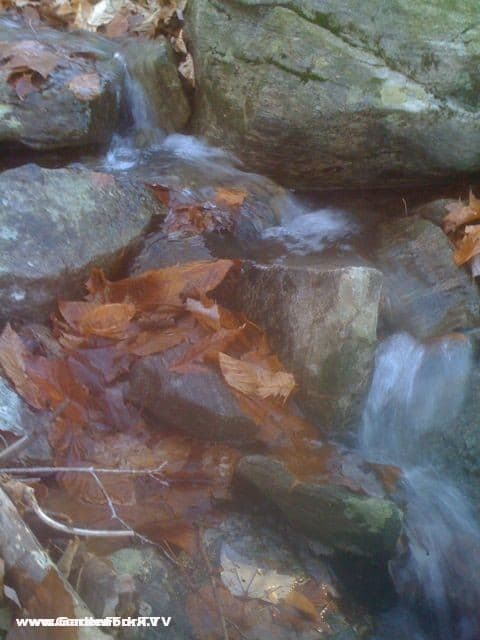 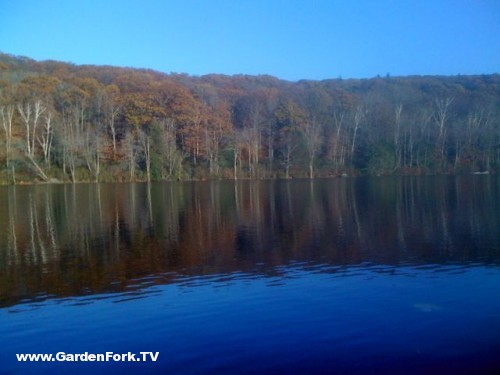 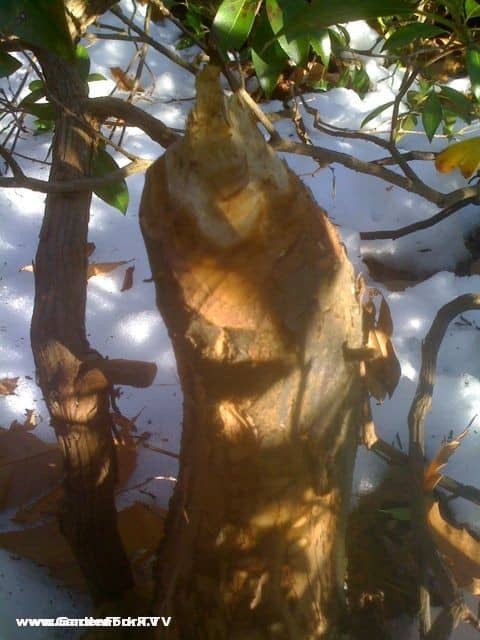 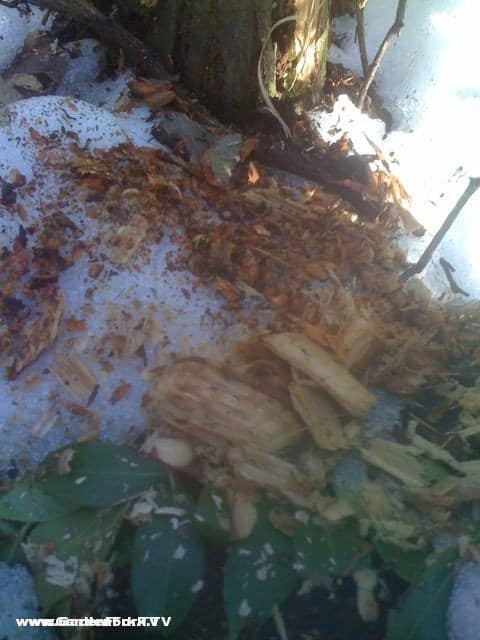 I thought it interesting that beavers will actually build a beaver lodge on the side of the lake rather than the middle of it. 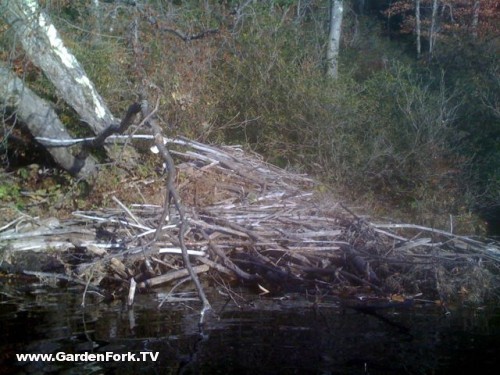 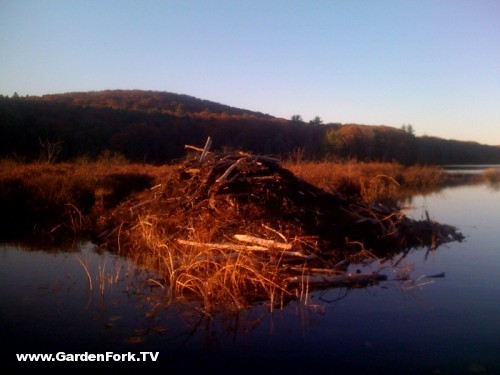 We learned a bunch about beavers on Wikipedia. What I thought was the really cool is that the preferred food for beavers in the summer are water lilies, and this lakeis full of water lilies, so there you go, the perfect place for beavers.

Canoeing is a great outdoor activity that doesn't really cost that much money you can get a inexpensive used canoe, a few life preservers and you're set to go.

Where do you guys like to go canoeing your area?