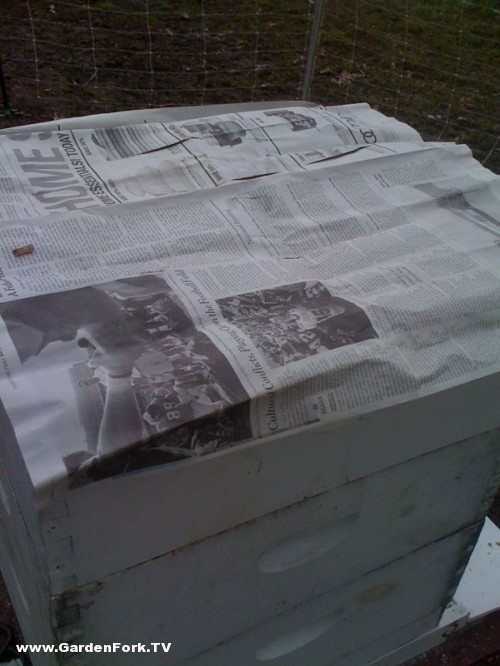 To combine two beehives, first you want to get as many of the bees in the weak hive into one super. I did this by smoking the bees down into the lower brood super. The remaining few honeybees in the upper supers I brushed into the bottom super. 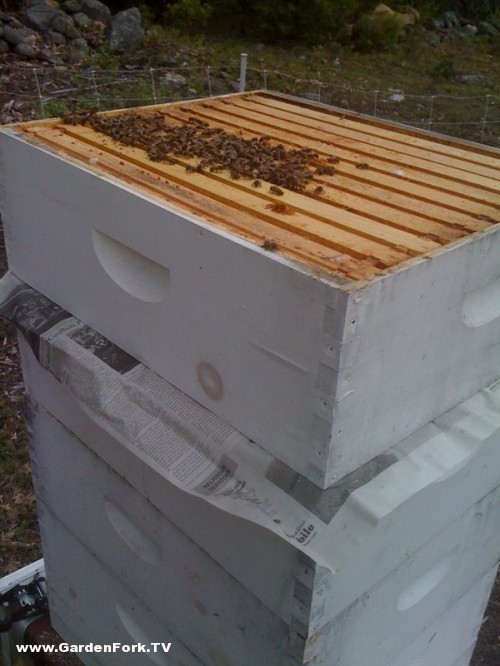 Super from weak hive is placed over newspaper

Then open the top of the strong hive you are going to combine the weak hive with. Place a sheet of newspaper across the top super of the strong hive, and cut a few slits in the paper with a knife or hive tool. 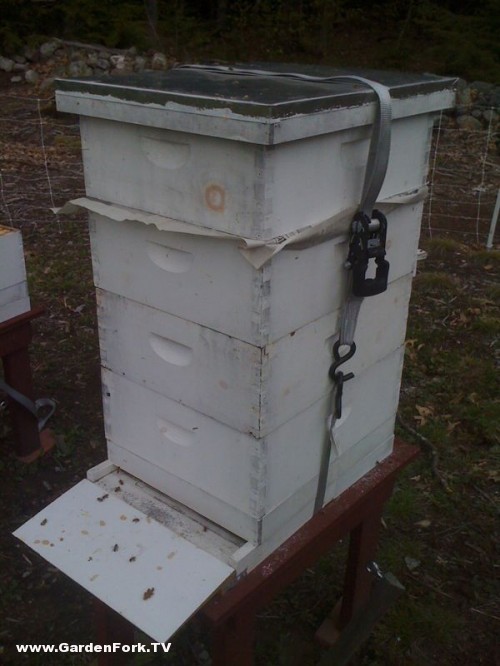 Combined Hive. Strapping is part of our bear defense plan

Let us know any suggestions or comments below. How do you combine hives? 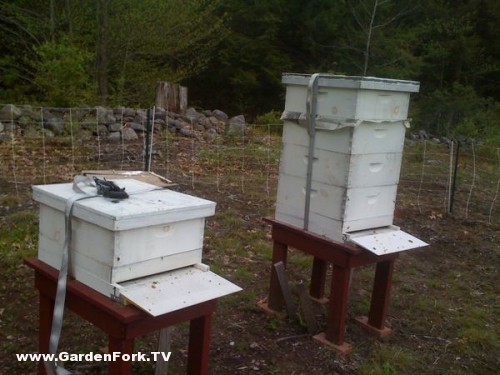 Remains of weak hive on left, strong hive on right