I rarely go to large grocery stores, between the local food coop, and our locally owned grocery store, I avoid them.

But this week I had to go to the DMV, and afterward I wandered around the shopping mall nearby. I went into the large store that sells all sorts of stuff, including a large food section, and I noticed that the lights in a bunch of the food coolers and freezers were off. I thought that someone needed to replace those bulbs soon. 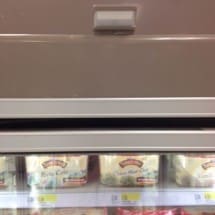 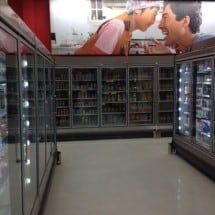 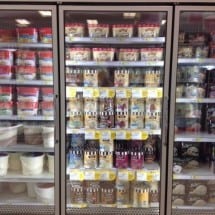 Then the lights in the coolers near me started to turn on. I looked closer at the coolers and realized each one had motion sensors. Neat.

The retail world is big on lighting products just so, especially food, to make it look great. I found it interesting and a big turnaround for the grocery business to turn off the lights on some of its products.

A couple of things in my head right now:

What kind of lights are used in the motion sensor equipped coolers? Turning lights on and off many times a day can reduce the life of a bulb, and it takes energy to turn on a light. So I'm wondering how the cooler designers figured out that tradeoff.

And I'm curious how the energy savings works out. It must work, or this large store would not be doing it.

I see so many office buildings with the lights on late at night, and most of them are empty, though some of them are now equipped with motion sensor lights, now we see it in the grocery store.