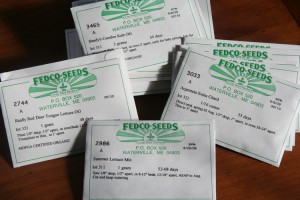 I over-ordered. Do you?

I got my seed orders this week, and I now know I probably over-ordered. Kinda like going into Costco or BJs and buying the whole case of mayonaise.

I buy seeds from Fedco and Johnny's . The bulk of my seeds come from Fedco, and then from Johnny's I get some special stuff, like pelleted carrot seed.

What is pelleted seed? Its is seeds that have been coated with clay, or something like clay, to make the seed larger and easier to handle. You can buy pelleted seeds that use organic or non-organic seed coatings.

Why pelleted carrot seed? Its a lot easier to plant. I'm not getting nearly as many carrot seeds, but the seeds I'm getting will more likely sprout, I think. It also means less thinning, as its a lot easier to see the seed, so I can space it better. I'm thinking about covering my carrot seed with plain sand this year. 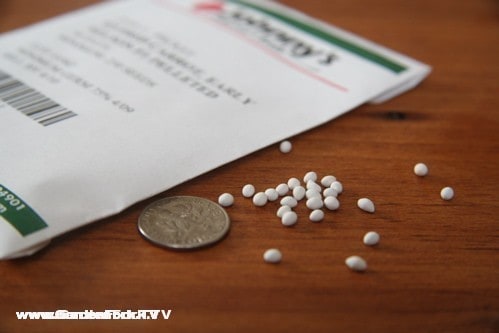 Jean Ann Van Krevelen, who appeared on GardenFork Radio, described Fedco Seeds, and the people who work there ( it's a coop ) as having Seed Integrity . That's a real good way to describe them.

But that is not to diminish Johnny's Selected Seeds, which is also independently owned and they also have Seed Integrity, just in a different way.

I've decided to focus on growing winter squash this year. I will grow it here in CT, and on the roof of our apartment in Brooklyn. The Brooklyn roof will be a low-tech simple green roof experiment, with vegetables as the plant material. 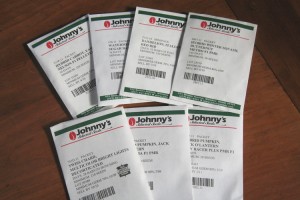 Why winter squash? It stores easily, and it stores for a long time. And I love the idea of cooking stuff from my own yard in the middle of winter. Plus squash is super healthy for you.

Here are some highlights:

the PMR squash means it is Powdery Mildew Resistant. My yard is a fishbowl surrounded by woods, so we get a lot of Powdery Mildew, and I'd like to see how this squash does. Last year we lost our pumpkin crop because it was so wet all summer.

I'm also growing some PMR pumpkins from Johnny's as we just like to have pumpkins in the yard. I like it because we let the pumpkin vines crawl thru the  yard, so that means less lawn to mow.

When it comes to lettuce and mesclun, I don't select specific seeds, I go with Fedco's Lettuce Mixes. They blend one for each of the seasons and that works well for me. For the summer blend they pick lettuces that don't bolt easily, for the winter mix, its cold hardy ones. You get the picture.

And since Fedco is in Maine, these seed mixes do just as well, if not better in here NW CT.

We like to eat fresh and pickle cucumbers, and I had a good crop of Super Zagross Middle East Cuke from Fedco, so I ordered them once again. I'm betting they will be even better this season if we have a drier summer.

What are your seed favorites? Tell us below:

« VendrTV is one year old today
I like the smell of compost. »