Its only been a week since we hived all the bee packages, and our bees are already firing on all cylinders. When you hive a package - you can watch our how to hive a bee package here - you pull out one of the frames to make room for the queen cage that will fit in that space.

The queen is in a separate cage so the worker bees can slowly become used to her unique scent. The bees in your package more than likely have been pulled from a number of hives, and the queen they are paired with is not one they are familiar with.

One end of the queen cage has a small hole plugged with sugar candy which the worker bees will chew through to release the queen into the hive. It takes a while for the workers to chew through the candy plug, and that allows the workers be become acclimated to the new queen's scent.

You usually leave the bees alone for a week to allow the bees to release the queen and become accustomed to their new surroundings. But, while we are waiting, bees will fill any spaces in their new hive larger than ⅜" with honeycomb. Which is exactly what all 4 new hive packages did this year.

Every hive we opened had 3 or 4 big pieces of burr comb where the bees had filled up the space around the queen cage. Here are a few pictures showing how industrious the bees are. Nature hates a void.

Burr comb is honeycomb the bees have drawn down that is not on the frames. It messes up the working of the hive, and most of the time your remove it. We'll use the burr comb to make candles. 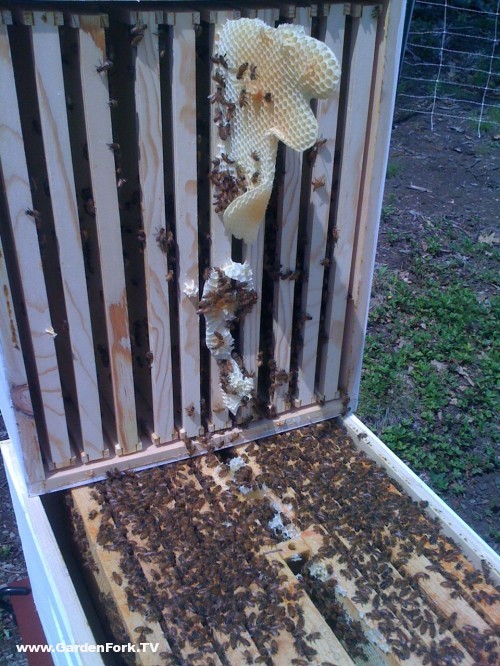 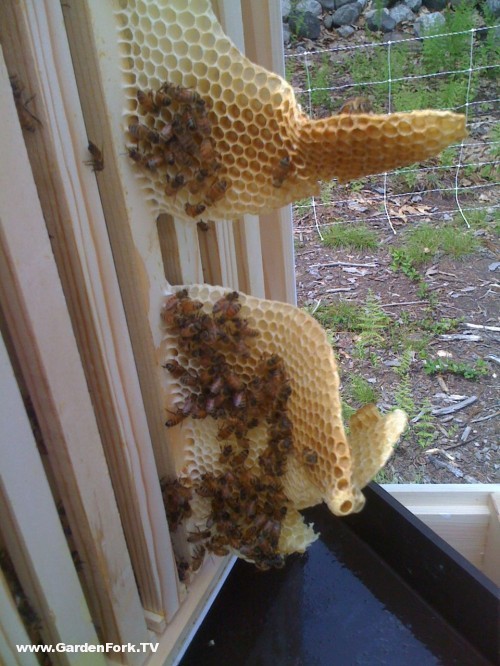 this beeswax comb is less than a week old. note the very light yellow color 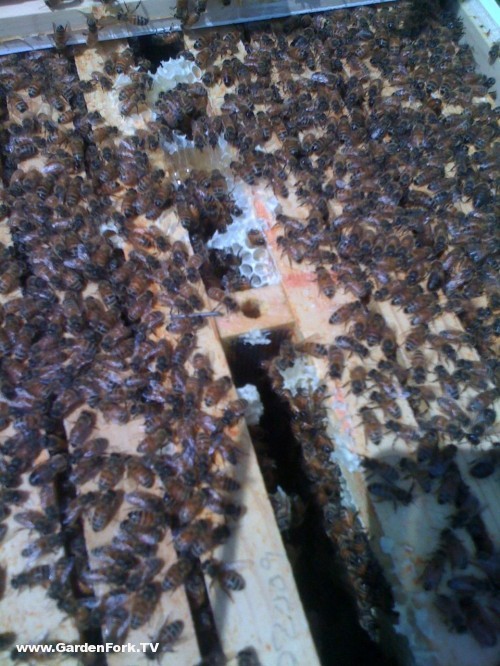 The queen cage in the new hive. You can see the space around it that the bees fill with burr comb

« How to replace your car or truck fender : GardenFork.TV
New beehives in our second beeyard, bearproofing the beehives »