pulling up the super

With spring coming early, we got to do our first inspection of the beehives last weekend. All our hives made it through the winter, which, despite the warm weather, is still a roll of the dice each year.

Hive #1 was re-queened twice last year; the hive never thrived, and I wondered whether it would make it through the winter. It did, thankfully. We opened this beehive up and found the bees to be good, crawling all over the sugar cakes we fed them through the winter - see our winter bee feeding video here.

After removing the sugarcakes, I started to take off the supers, and when pulling the second super, I felt the telltale rubber band pull of burr comb.

Burr comb is honeycomb where you don't want honeycomb to be. Honeybees don't like open space, they will fill any void with honeycomb.

What I had forgotten last summer when we re-queened was I neglected to remove the queen cage when we put the 2nd new queen in the hive. The queen is in a small cage to introduce her slowly to the hive, and you have to remove one of the frames of the hive to fit the cage in temporarily. 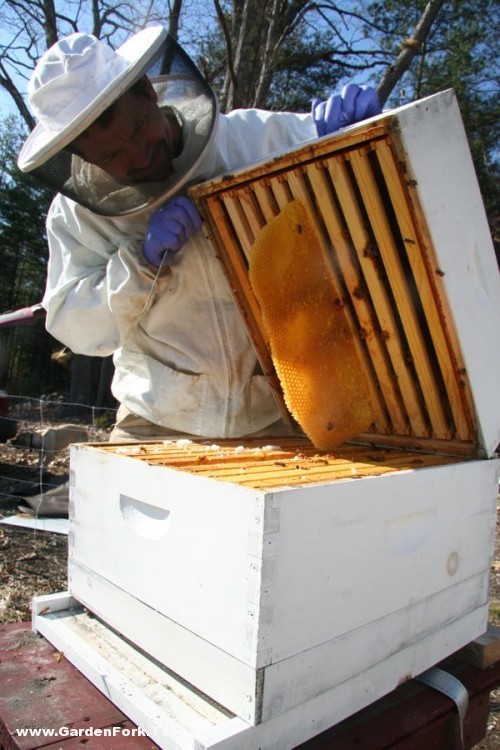 So I forgot to remove the queen cage after the queen was released by the workers, and the honeybees filled up that open space with a huge piece of honeycomb. Which just happen to be full of honey from last fall when we found it. We removed the honeycomb, put in a frame, and put the hive back together with a sugar feeder on top for the early spring.

The honeycomb tasted great, we brought it to our friends house for dinner. 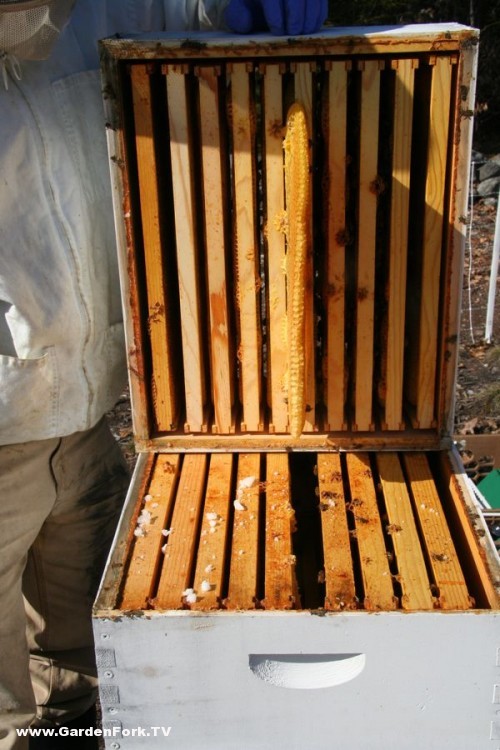