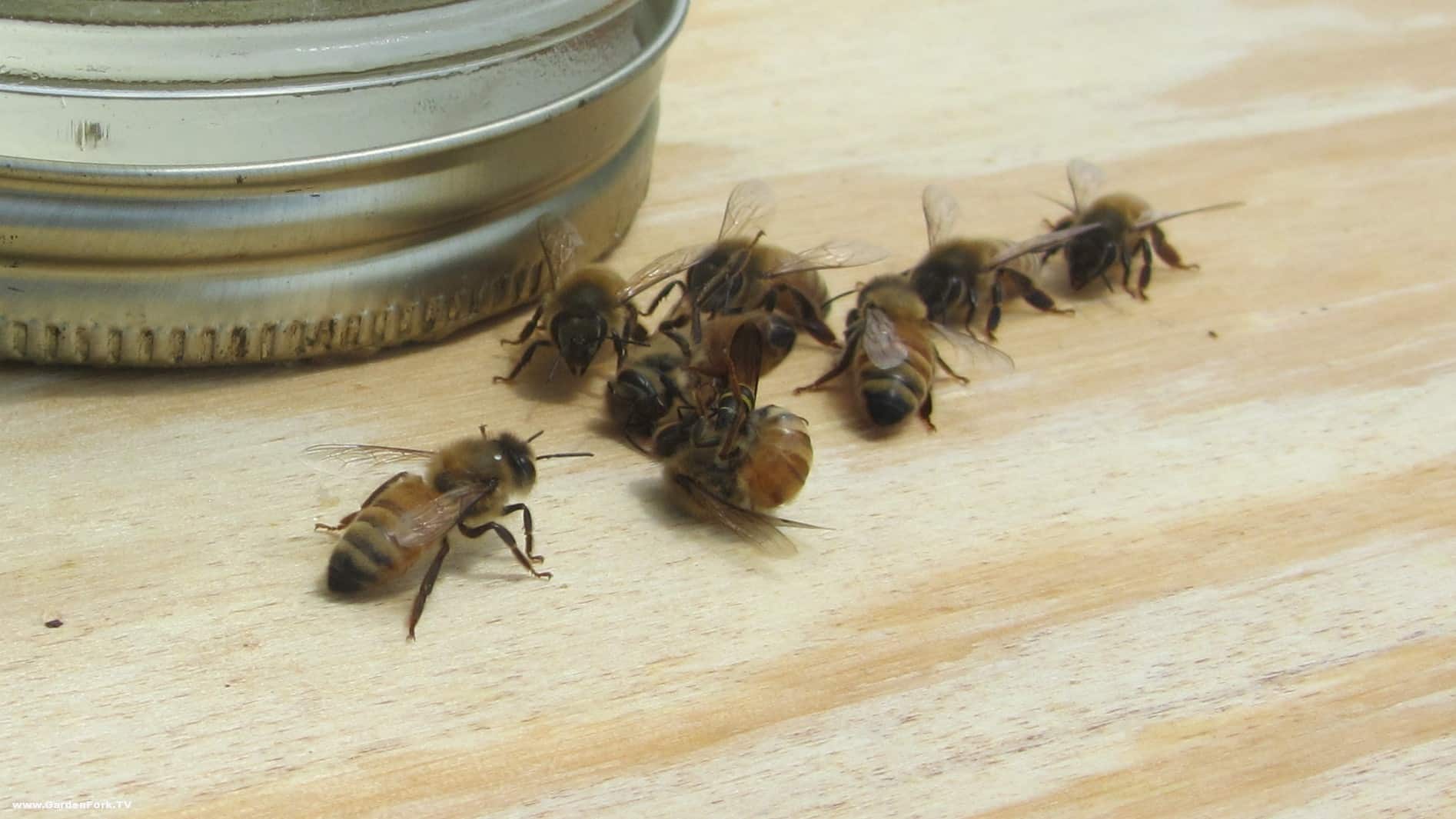 After eight days in the wonderful state of Maine on a much needed vacation, I did a quick "hey howya doin'" on the hives this afternoon. As a first year beekeeper, I've resigned myself to the fact that the best thing I can do for the hives is not rob them of honey so instead I'm feeding them a 1:1 sugar water to help them draw out comb and create strong first year hives. During today's check on the hives my son and I added another super to each hive (they'd completely drawn out all the frames on the top super and filled most of it with honey) so they'd have something to do with their time. Idle mandibles are the devil's workshop... or something like that.

It was hot and we'd already decided that today wasn't the day to do a full hive inspection unless we saw something obviously bad when we opened the hives. Everything was humming along smoothly and the bees were calm so a quick look to see how the top frames were doing (fully drawn, mostly capped honey) and then we added our supers and refreshed their bug juice.

Buttoning up things, I noticed this odd little insect busy stealing some sugar water off the lid of the inverted mason jar and so did the honey bees. I've not yet identified it and first thought it might be a syrphid fly but it has a head more like a wasp. I'm going to check with my online bug guru buddy Debbie Hadley to see if she can identify it from my admittedly bad pictures.

Honeybees aren't much for sharing and definitely didn't like this little bugger anywhere near their hive. Within seconds there were a half dozen of them ganging up on it and they quickly dispatched with the intruder. This was the best shot I got of the attack and it is tough to see the prey. Two workers in the center had it locked up and a third had come in from above.

Bees may be vegetarians but they are fierce fighters and territorial creatures. On previous inspections I've seen them going at it with both bumble bees and horse flies that ventured near their hives.

Moral of the story - if you're going to venture into a hive, bring along some friends or you'll be sorely outnumbered.

Matt (twitter @MattInTheGarden) is quite enamored with the low bush variety of blueberries. These smaller berries are  sweet and delicious. He loves to kayak and take pictures; neither of these things does he do particularly well. He thinks most people would benefit from having a canine companion. His favorite Brady was Marsha, of course.