I was pulling weeds in the vegetable garden this weekend, and came across this weed in the basil patch. I was about to pull it when I realized it was full of Japanese beetles, and there were no Japanese beetles on the basil. 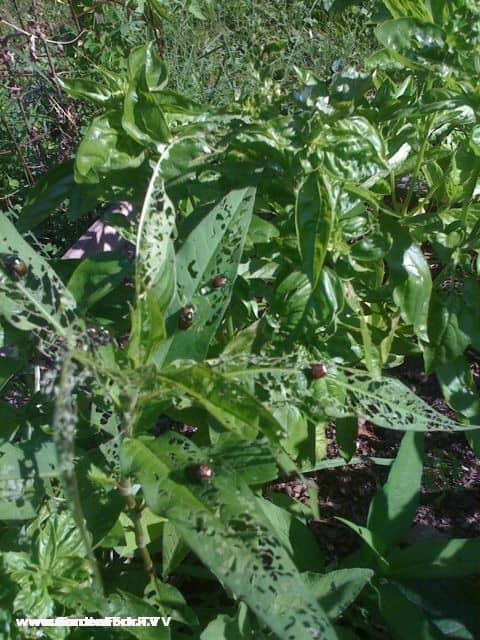 This weed is a good japanese beetle control

I have yet to identify the weed, as the weed identification sites I have visited have yet to yield an answer.

But think twice before pulling up a plant that is full of garden pests, its probably keeping those pests from your vegetable plants.