Tom built this brick pizza oven that is heated by a DIY aluminium foundry, and sent me a note and great photos. He says:

Eric, loved your pizza oven video, so I built one and it worked as described. Mine only got to about 600 degrees, so instead of 90 seconds cook time like Naples style, it took me more like 5 minutes. Not quite as much char and the crust is just not quite there. I spent a lot of time in Italy as a kid, so I really want to try to get the temperature up without having to build a full size permanent wood fired oven in the yard.

I thought you might like to see my first attempt to get higher temps. I took a portable aluminum foundry (YouTube video) and built the oven around it. Above the heat source, I put a 8th inch piece of steel, and laid a pizza stone on it. when fired up (which took about an hour instead of 4), the steel bowed quite a bit (you can see this in the picture), and this caused the stone to crack, so I didn't force the temp any higher (controlled by amount of air pumped into combustion chamber). I did get up to around 700 degrees, so I'm moving in the right direction. Cook time was more like 3 minutes, and the taste is about 92 percent of what I remember from my childhood. Hopefully by spring, I'll have a trail number 3, with a thicker slab of steel and a new stone, and a front door to trap more heat. I'll probably order the Naples flour and tomatoes and pick up some prosciutto and good mozzarella. I'm hopeful I can get up to 850-900 degrees. If I actually do, I'll send you pics and let you know how it went. 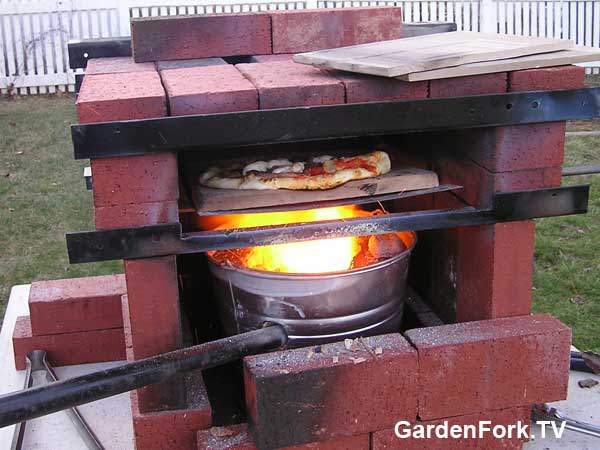 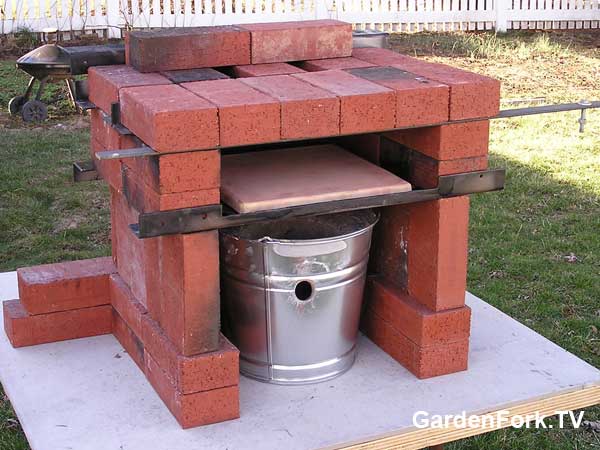 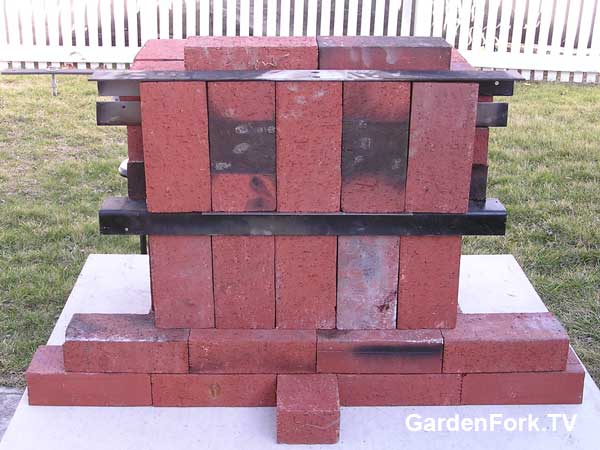 Homemade aluminum foundries are popular on the web, but I never thought of using one to heat up a DIY pizza oven. Brilliant idea, I think, and something I never would have thought of. A big thank you to Tom for sending us the photos!