I happen to be in Waffle House, one of my favorite places to be, sitting at the counter, another favorite place. I noticed that the dishwashing station is under the front counter. And there they were, the cast iron pans they cook eggs in, being washed with soap. 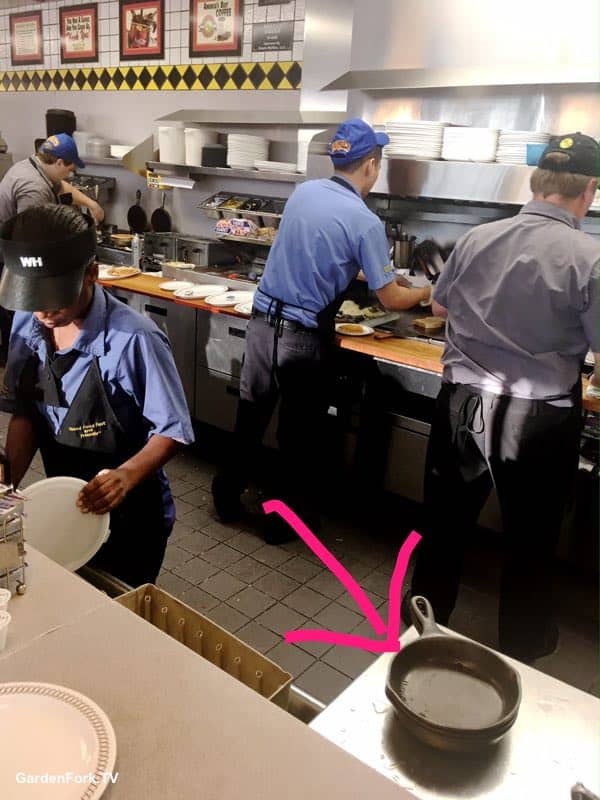 People have been told, and repeat, to use soap on cast iron will ruin the pan. It washes off the seasoning. Some comments from our YouTube channel:

"I season my cast iron the old fashioned way with lard and i tell you from experience that dish soap strips the finish right off it to where everything sticks like glue."

"I have used soap on my cast iron all my life, just like my mother and grandmother did, and I've never had a problem. After washing and drying a give the pan a light coating of oil before putting it away, whether it's going to be put away for a few minutes or a few weeks or months."

I grew up being told not to clean a cast iron pan with soap, and to use salt to clean our stuff that stuck to the pan. This never seemed to work very well. So I used some soap and a plastic scrubber pad, and it worked just fine. No one knew the difference, and the world did not come to an end. After washing, I oiled the pan and let it dry. Done.

And I'm totally OK with that. Are you? Watch this video: 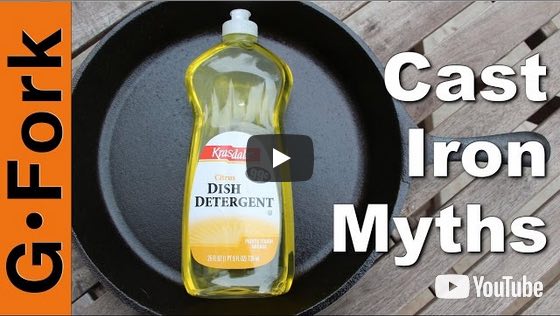 I do a deep dive on can you use soap on cast iron in this post here.

« Can you use soap on cast iron? 3 cast iron myths - GF Video
What To Have When. Storm Preparedness GF Radio 451 »