Apisoir is a word coined by Michael Alberty to promote the local terrior of honey. Being a wine writer, Michael had words to describe different wines, so why not honey? Erik of the Root Simple podcast interviewed Michael Alberty, and its a good listen on how one can, or as it happens sometimes, cannot create a new word. The word bootylicious is used as an interesting example of how words happen. 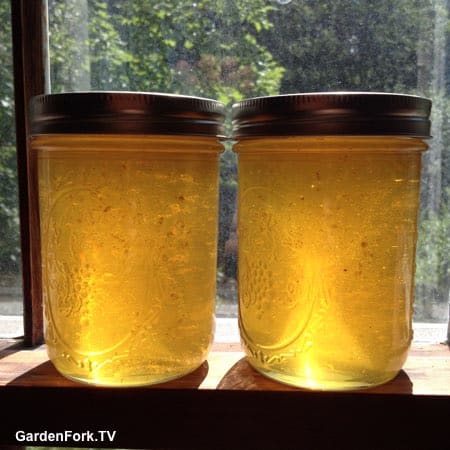 I'm still left wondering who determines if a word is a word.

Why does honey taste different hive to hive? Its all about the nectar used to produce the honey, and the plants that produced that nectar, and the environmental conditions that those nectar producing plants grow in.

I bet most of us have been to a farmers market where different jars of honey are lined up, and you can see the differences in the honeys. You've probably seen buckwheat honey sitting next to goldenrod honey, or similar pairings. So yeah, a word for that would be good.

But not so fast. Wikipedia wouldn't allow Michael to create a page for the word Apisoir. This could be just the Wikipedia hall monitor on duty the day Michael added the page didn't get it. But Wikipedia could have good reasons for not approving the page, they have to manage many people creating many pages. I'm sure they have some interesting stories.

Interesting to read some of the comments on the Root Simple podcast episode, as some are now saying that the word apisoir, while drawing on the French language, doesn't sound nice in French. It sounds too much like the word pissoir. Oops.

So from what I can tell, if we all use the non-word apisoir in our posts and podcasts, it may work its way into the mainstream. Maybe if its used in a hip-hop song it will help, this practice seems to get the attention of the Old English Dictionary.

« Is Your Car Battery Dead? A Quick DIY Fix
Behind The Scenes At The Big Game GF Radio 465 »