This post may contain affiliate links, it helps us pay the bills, more info here.

I've been making bread using the Artisan Bread in 5 Minutes a Day method, ( we made a GF video about artisan bread here ) and the original recipe calls for placing the dough on a bread peel to rise, then sliding it onto a pizza stone in the oven to bake. This pizza stone method yields a good loaf, but after baking bread with the No Knead Bread Recipe, ( here's a video we made about the No Knead Bread Recipe ) I wanted to get that crunchy bread oven style crust on the Artisan Bread, so I thought I'd try using a dutch oven to bake the artisan bread. I've been baking the Artisan Bread in a cast iron dutch oven with good success. 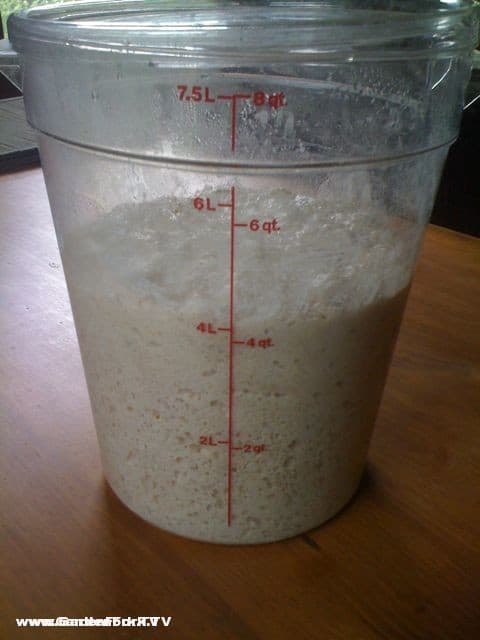 the dough stores in the fridge in this container

If you are new to the Artisan Bread in 5 minutes a day method, you make a large amount of bread dough and it stores in your fridge. The beauty of this is that you don't have to think ahead if you want to make bread. Just grab a hunk of dough, preheat your oven and dutch oven, and bake. 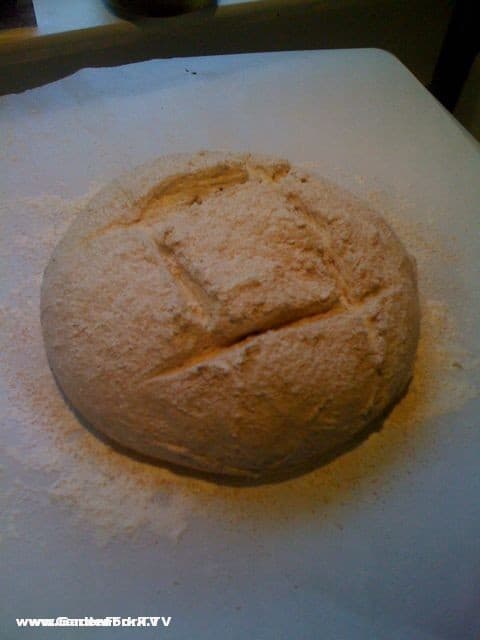 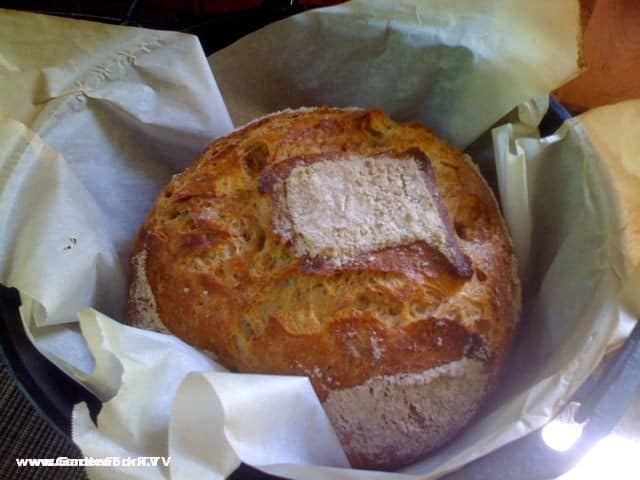 To bake the Artisan Bread in 5 in a dutch oven, I bake it in a 450F oven, and bake the dough with the dutch oven lid on for 30 minutes, then I remove the lid and bake the bread for another 20-30 minutes with the lid off.

I'm really amazed at the bread I've been able to make with this and the No-Knead Bread Method. Check out the Artisan Bread in 5 Minutes site here.

What have your experiences been? let us know below:

« How to build a trellis for your vegetable garden - GF Video
Poached Eggs at the Oakhurst Diner in Millerton : GardenFork Radio »