Why do my short ribs blow? 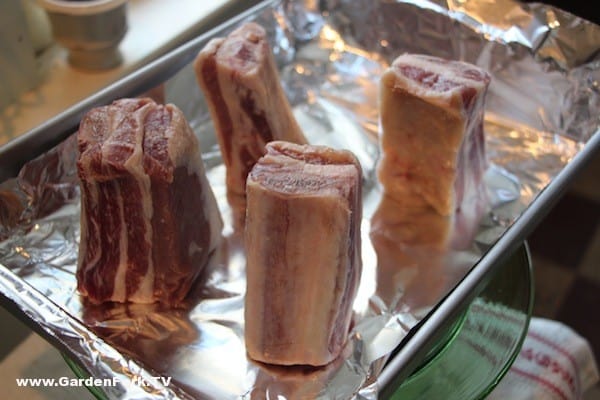 So this is one of those where I had some short ribs in the freezer, I defrosted them, and cooked them pretty much how everyone else does, and the short ribs come out tough, not fork tender.

I'm not a huge cookbook collector, but I have  few general go-to reference cookbooks, and the braised short ribs recipes are all pretty much like this:

Sear the ribs in dutch oven or in a baking pan in the oven, add liquid, cover and cook for hours on a low flame. 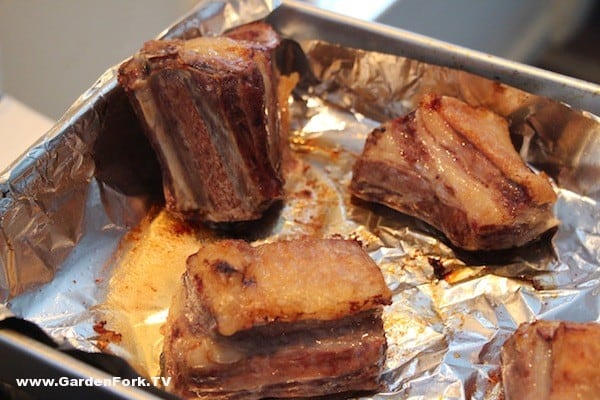 I did try the browning the meat in the oven method, because I think the short ribs can get cooked to fast when searing them. Or maybe this is all just in my head and not real food science...

Thinking this was one of those dishes I could safely ignore, I got sucked into the world of tweaking the GardenFork.TV website, and then realized how  long it had been since I started cooking the ribs. I got up and turned them in the dutch oven, and let them cook longer.

I even cooked these in the afternoon, and then pour off the liquid, threw that in the freezer to separate the fat out - which worked, BTW.

I gently reheated the ribs which I had cooked with onions, carrots and about 2 cups of liquid, half red wine - half water.

But the ribs were tough, which bummed me out a bit, as they looked great when i first opened the package. Food guru Chris Kimball has taught me that meats like short ribs will turn tough if cooked too long. The proteins lock up and don't allow any liquid in, thus being tough to chew. 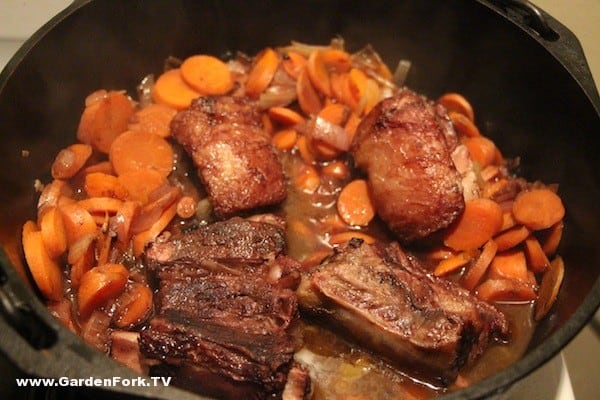 So many recipe give a time and oven temp to cook meat, but what I think recipes really need is a temperature to attain, and then the meat is done.

Have to work on this more. What are your thoughts on overcooking meat, especially things like short ribs? Let us know below: