She, Who Must Be Obeyed, wanted "a-big-mess-o-greens" last night...and cornbread.

So a while later she comes back with a big-mess-o-mess. 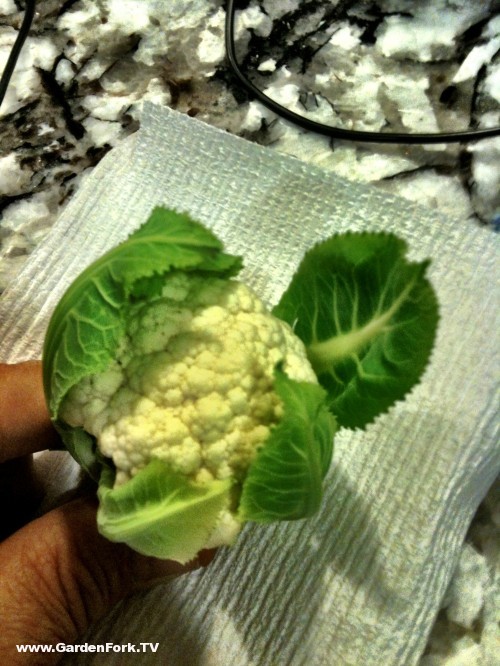 The leaves of many garden vegetables are edible

"What have you done?,"  I ask as I sort through the bale of leaves She dumps on the counter. Collards, fine. Chard, fine. But what's this?

"Honey, that's one of my califlowers," cut off in it's infancy. And these are the tops of my radishes. And this looks like kohlrabi.

Which is an interesting question. Will they? Most cooks in the kitchen focus on what they're after and compost the rest. If they're after broccoli or cauliflower, they'll lop off the leaves and toss them, keeping the florettes. Same with radishes and beets. But those leaves are all edible plant parts. If you don't want to eat them now, save them for a mess-o-greens or a caldo verde, or wilt them into an omelet for breakfast.

It's easier, in fact, to list off the leaves of plants that are not so good to eat: tomatoes & eggplants (alkaline) are in the nightshade family, rhubarb leaves contain oxalic acid. There are probably others, but they're not common in the garden. As always, check if you're unsure. Here's a list of "Secondary Edible Parts of Vegetables" to get you started.

BTW, Eric's recipe for DIY recipe for Baking Powder works great! The cornbread was a success. Well, off to find and dig up those radishes She lopped off last night.

« My visit to the Waffle House
How to defrost a lock : GF Radio »