Last night I was a guest of the Ford Motor Company in Manhattan. They invited me to come check out their new cars, trucks and SUVs before the opening of the New York International Auto Show. Really Cool. Craig Patterson and Scott Monty spoke about how they were using social media to introduce the new Ford Explorer. The 2011 Ford Explorer is the North American Truck of the Year, and it gets the best fuel mileage in its class. 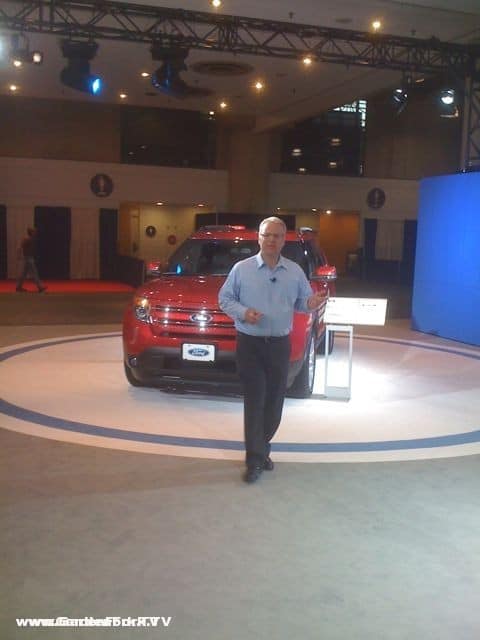 Craig Patterson and the 2011 Ford Explorer

For 2011 Ford has redone the Explorer. What I thought was interesting are the new inflatable rear safety belts. In an accident the seat belts become airbags and cushion the occupants. There's a video on the Ford Explorer website you can watch that explains the inflatable seat belts better than I can. 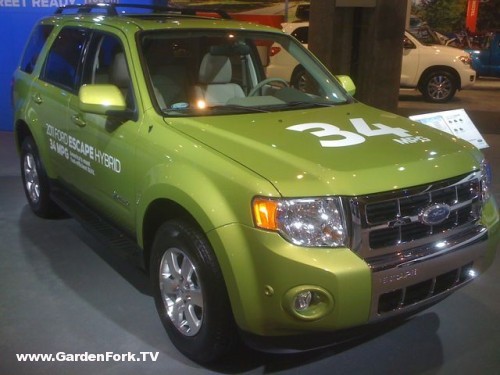 The 2011 Ford Escape Hybrid was on the show floor. Ford gave us an Escape Hybrid a while back and we did a review video about it, watch the video here. Our Labradors really like the Ford Escape Hybrid, lots of room in back for them and 34 miles per gallon in the city its pretty cool. The Escape Hybrid has echo friendly seats; biologists at the Ford plant in Chicago have devised a way to make the seat covers out of soy instead of oil-based products. 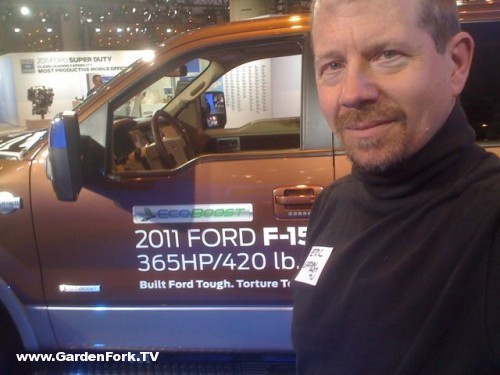 A favorite part of the Ford exhibit for me was the new 2011 Ford F150 with their Echo Boost Engine. It's a dual turbocharged direct fuel injected engine that they torture tested full speed ahead for 164,706 miles.

Ford took took a random Eco Boost engine off the assembly line ( engine #448AA ) and started running it. First on a dynometer for 300 hours, simulating 10 years of use, then hauling timber, then running 24 hours on a Nascar track, then trailer pulls against the competitors, and then, Ford took the same engine to the Baja 1000. Ford has a neat series of videos documenting the story of engine #448AA on their site here. Click here to watch the whole series of videos . Well done videos. 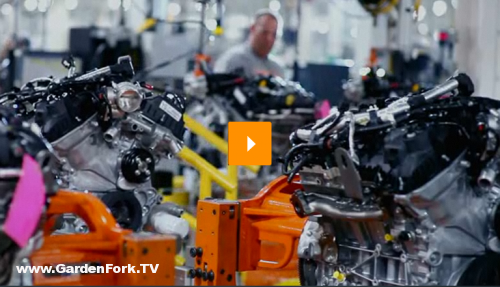 Click the play button to watch the Torture Test videos 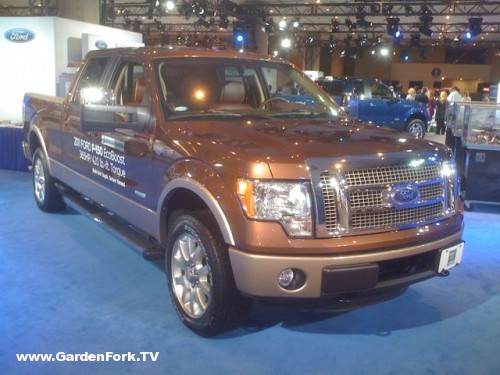 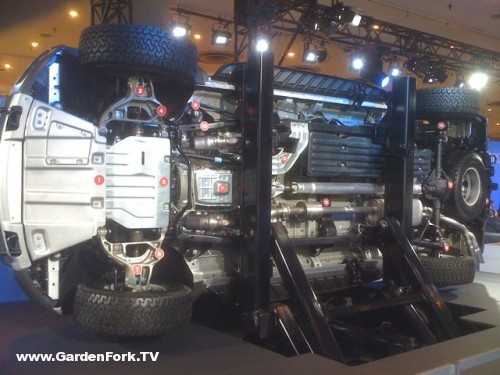 Underside of the F150

« I am a Hipster : GardenFork Radio
Red Cabbage Slaw with Jicama Recipe »