I wanted to pull some of the honey off our bigger hive. Early in the year I had stacked two honey supers on that hive, hoping to catch an early nectar flow, which I managed to do despite a swarm. But as I was going through the honey supers, which are super heavy, btw, I saw frames with different color honey cappings. 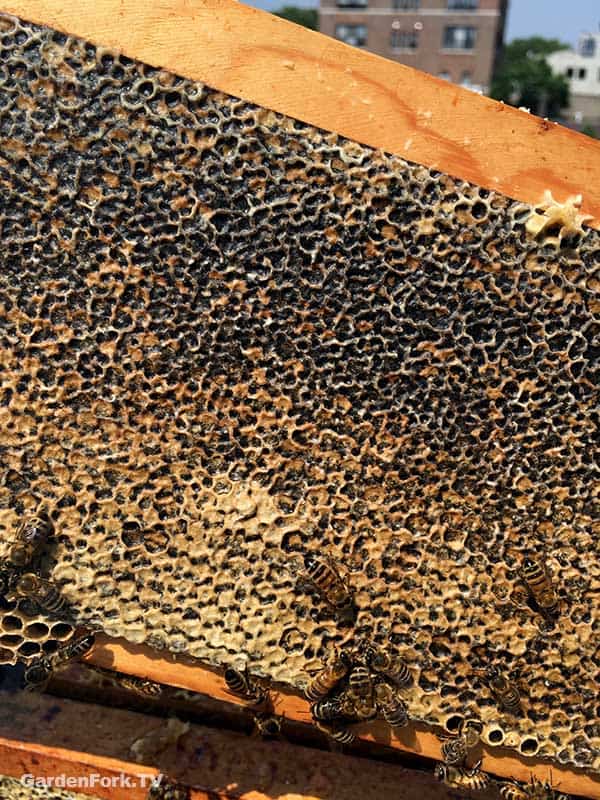 Not sure what this meant. Were the darker wax cappings honey that was older? Had the honey had more time to cure, or lose moisture and darken? There wasn't as much dark honey in the frames, there was a lot more honey with lighter, almost white cappings.

This is a dilemma I'm happy to have, after last year's drought left us with almost no nectar flow, and no honey to harvest. Any honey the bees managed to make we left in the hives for them to use over winter. This year's spring rains helped kick the nectar flow in early. 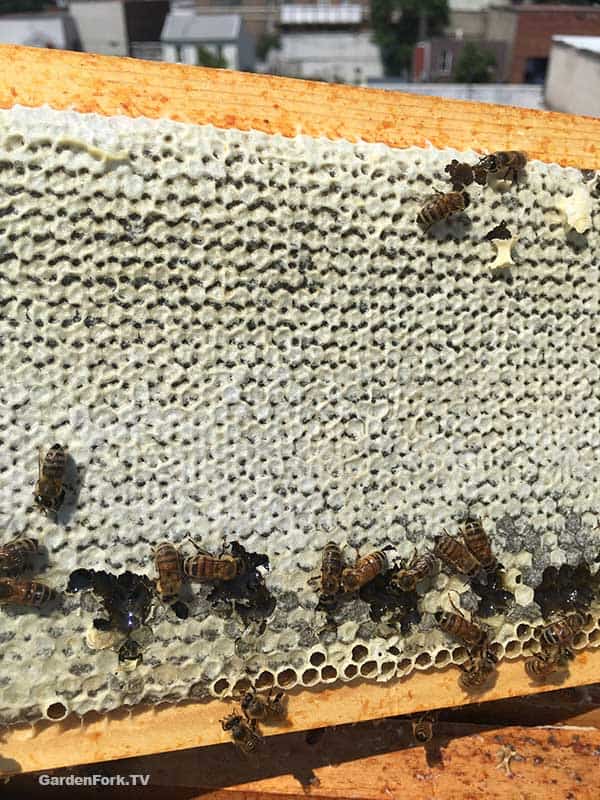 Because of that early nectar flow, I wanted to pull some honey frames off the hive, extract them, and get the frames back on the hive before the nectar flow stops this summer. So I pulled off all the dark capped honey frames I found in the honey supers. Most of the lighter capped frames stayed on the hive.

If you all are wondering why I only use medium frames throughout the hive, once you pull a honey super off a hive, you will understand immediately. Honey is heavy. A medium super of honey weighs about 40 pounds. If your hive is on a hive stand, and you have two honey supers plus 3 brood supers on a hive, you are pulling 40 pounds off a hive above your head. 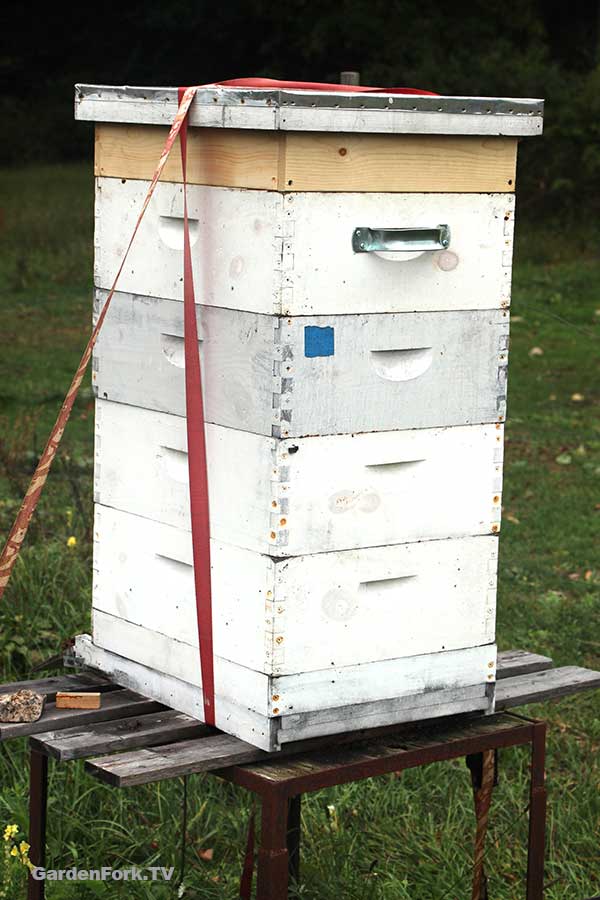 I put metal handles on all my honey supers, and its ideal to have a helper with this any most all jobs with beekeeping. Learn from me.

OK, back to the question of cappings. Why white and darker cappings in the same hive? First an explanation about cappings from the best beekeeping blog, Honey Bee Suite. Rusty says:

The honeycomb with the air pockets is said to have dry cappings. The comb appears white or very light tan. Honeycomb with wet cappings is not actually wet, but it looks like it might be. The appearance is darker and may have a variegated pattern due to scattered mini air pockets, which have a lighter color.

While some honey bees produce both types of capping, some consistently build one kind or the other. Italian honey bees (Apis mellifera ligustica) are known for producing white, dry caps. At the other end of the spectrum, Caucasian bees (Apis caucasica) produced wet caps almost exclusively.

But why the different color honey cappings in the same hive? I put honey supers on this hive in spring, and then the hive swarmed. Not wanting to lose the honey season while the hive raised a new queen, I re-queened the hive. The new queen was a mix breed from Long Island. The white cappings of the newer honey suggests she is mainly Italian. The original queen was Carnolian.

« Kallux Ikea Hack, Rolling Shelving Unit
How I Get Rid Of Deer Flies »