With the installation of a new gas fired steam boiler, I decided to replace one of the steam radiators that is way over-sized for the space it is in. This radiator is in the common hallway, and there isn't a great need to over-heat a hallway. 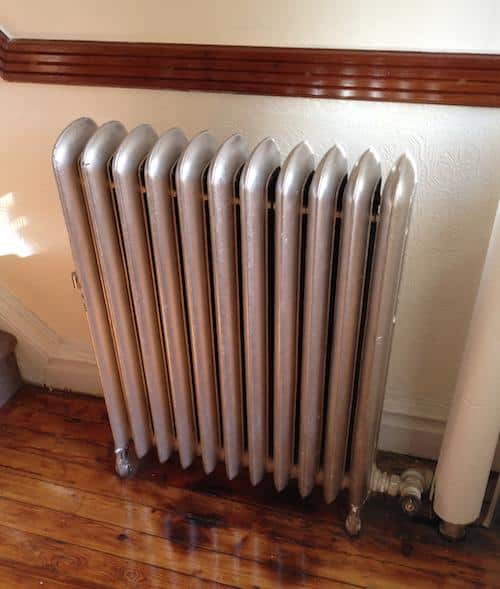 I was driving past a metal recycle shop today and saw them put a nice small steam radiator into their truck. I stopped and asked how much they would sell the radiator for.

A $5 dollar tip to the gentleman who put the radiator in the back of the car, and we had crossed one more thing off the to do list. Cheap house renovation parts = good.

There is a vintage brownstone salvage yard around the corner from the scrap metal recycler where my newly acquired vintage radiator would probably be $100. I'll replace the steam valve and union when attaching the new radiator, but that valve was leaking already, so now we have two things taken care of at once. 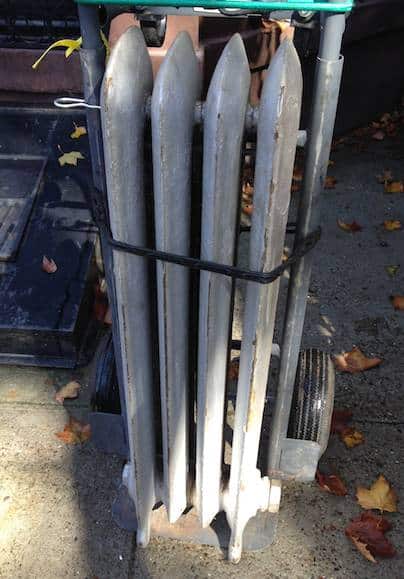 How cool is that.

With the new windows we installed, plus the new boiler, we don't need nearly as much heat in the house, and the giant radiators are a vestige of then heating oil was cheap and insulation was non-existent. Now is a different story.

Couple of things to keep in mind when installing radiators.

So there you go, just a nice find when you aren't expecting it.