To me, Garlic Mustard Weed isn't a weed, its a salad green, right alongside Mesclun. Maybe because it is so ubiquitous in my area people call it a weed. I call it free food. 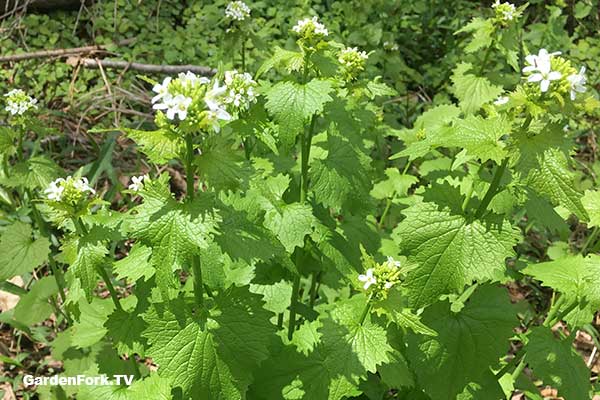 Garlic mustard weed identification is pretty easy, not many plants look like this. These photos are of a the mustard in its second year of growth. The first year it is a low growing green, with what I call a rosette of small green leaves. In its second year, it shoots up with larger leaves and flowers. 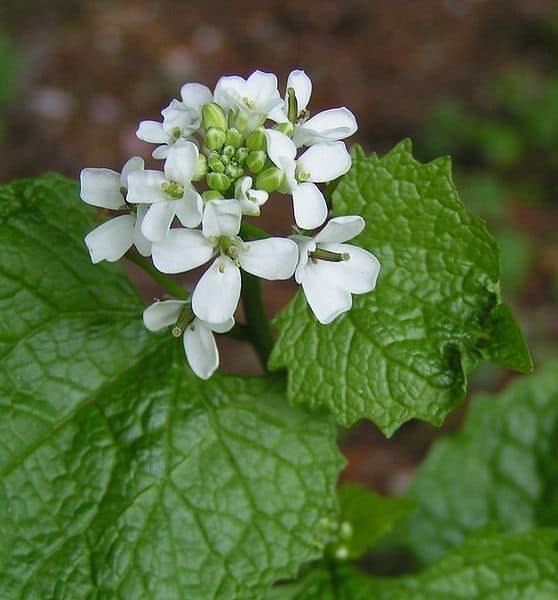 According to Wikipedia, Garlic Mustard was "one of the oldest discovered spices to be used in cooking in Europe". You can use the leaves and flowers in salads. I make a really nice pesto with the leaves, watch my video here. In France the seeds are used to season food. So yes, garlic mustard is edible. 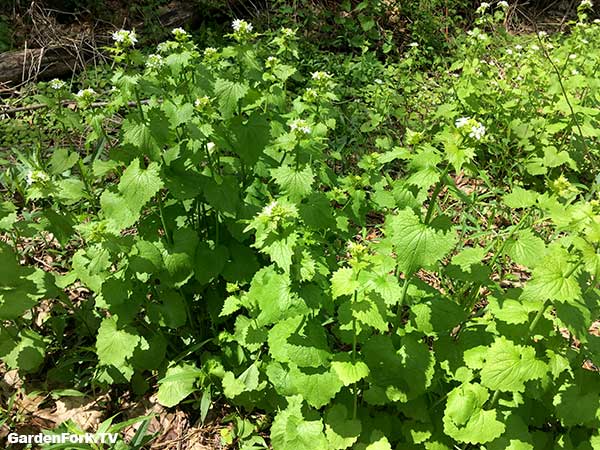 This weekend I saw some growing along a stone wall near the house so I pulled over and took these photos, then pulled up the plants by their roots. Free food! In a few minutes you have a sharp tasting mustard green for your salads, soups, and pesto. How cool is that?

I pull the leaves off the stems and save the flowers whole to drop on top of the salad. This green works well with a balsamic vinegar salad dressing, as it has a pretty strong flavor. Add in avocado to balance it out. That ying-yang thing applied to foraged and farmed foods. The irony of that being you pulled the greens from the side of the road and the avocado had to be trucked a long way to your kitchen. 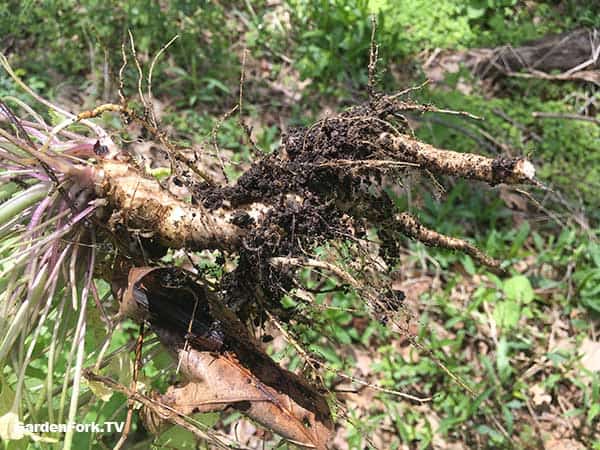 To harvest this wild mustard, bring along a trowel or small shovel, and grab the plant by its base and pull out the whole plant, root and all. Don't feel guilty pulling this out of the ground. In the U.S. this is an invasive plant that is bad for our local trees and fields. It emits chemicals that make the soil hospitable to its growing and everything else dying, basically.

Garlic mustard produces allelochemicals, mainly in the form of the compounds allyl isothiocyanate and benzyl isothiocyanate, which suppress mycorrhizal fungi that most plants, including native forest trees, require for optimum growth. However, allelochemicals produced by garlic mustard do not affect mycorrhizal fungi from garlic mustard's native range, indicating that this "novel weapon" in the invaded range explains garlic mustard's success in North America. Additionally, because white-tailed deer rarely feed on garlic mustard, large deer populations may help to increase its population densities by consuming competing native plants. Trampling by browsing deer encourages additional seed growth by disturbing the soil. Seeds contained in the soil can germinate up to five years after being produced (and possibly more). The persistence of the seed bank and suppression of mycorrhizal fungi both complicate restoration of invaded areas because long-term removal is required to deplete the seed bank and allow recovery of mycorrhizae. Wikipedia

In other words, this plant is not good for your local area, so pull it out by the taproot and enjoy it in your salads.