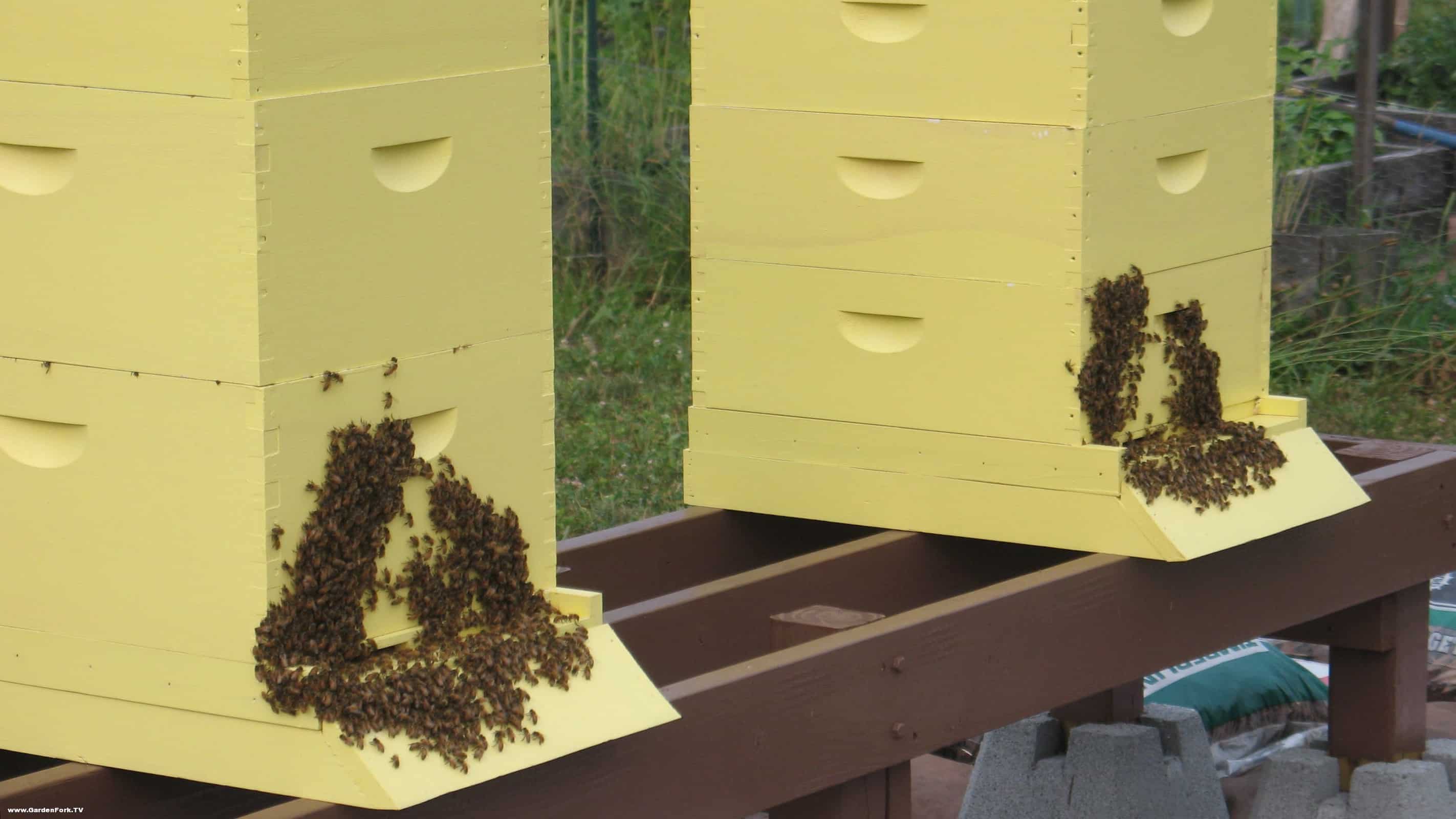 The last half of June and the first week of July 2012 have been HOT here in Virginia. I live in the Piedmont region and...

I'm doing the MC Hammer shuffle dance right now. It ain't pretty, folks, but I try to imagine that it looks good. Humor me. I have almost no rhythm and I paid a fortune for these parachute pants.

Virginia is broken up into five physiographic regions:

As I was saying, I live in the Piedmont region and it comprises the largest area of the state. We're west of the Tidewater and the fall line separates the two regions. It is higher than Tidewater and it is also HOT here in the summertime for man and beast alike. August can be brutal here. This year it's been pretty hot since my kids got out of school. Anyhow...

So my lovely bride and I were out working on our garden fence (pictures soon) one evening and noticed that the bees were doing something interesting. This picture shows them doing something called "bearding" which is different from the bee bearding that some folks do where they get bees to hang all over their face. I don't understand doing that at all, quite honestly. Hanging bees off one's face is akin to sword swallowing, running with the bulls and juggling running chainsaws - they all fall into the same category entitled "Activities Which May End Badly".

Bearding is something honeybees do when it is hot. It helps with ventilation in the hive and is a normal thing when it is hot. I use, as I've written before, a screened bottom board so that helps somewhat with ventilation. I do need to, however, vent the hives a bit at the top (you can do this by propping the outer cover open with a stick) when I'm home. I've also seen folks offset a honey super a bit to help let some of the heat escape. It isn't absolutely critical but every bit helps.

I thought it was interesting that both hives were doing this and the patterns were similar. They definitely were making use of the landing boards (those slanted boars on the bottom) and stayed out there until well after 8:30PM. I don't believe that bearding is any indication that there is a problem in the hive, just that it is hot.

Bees are quite good at regulating the temperature in the hive. They'll flap their wings to help cool things off. If you are quiet and put your ear up to the back of the hive - it is quite safe back there - you can hear them inside, buzzing away and flapping their wings. I think that sound is cool. They also will bring water into the hive so I keep a large plastic pan filled with large rocks and water nearby to provide them with easy access to water if they need it. The rocks give them someplace to land without drowning in the water. They also weigh down the pan during windy times.

Matt (twitter @MattInTheGarden) enjoys the music of the Punch Brothers, Crooked Still and The Greencards. He is a fan of pepper jack cheese. He doesn't like liver of any sort. He believes the world would be a far better place with more folks like the late Fred Rogers in it.