I was walking down the avenue to the hardware store when I saw the black plume of smoke and heard the fire engines coming. There was that burning tar smell of a roof on fire. Like half the neighborhood, I walked a few blocks closer to watch.

What stuck with me was the  orchestration of the FDNY's response to the fire. Obviously, they practice for this all the time, but to watch it unfold is amazing. 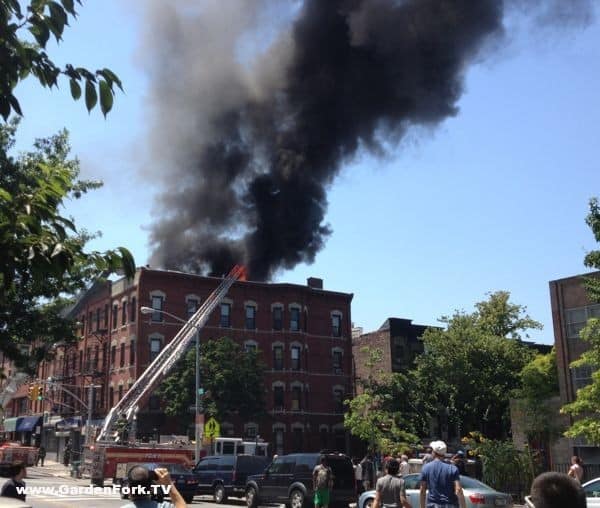 The first engine on the scene has its crew out of the truck before it even stops. The driver hooks the pumper up to the fire hydrant and lines are run. Firemen are climbing up the back fire escape, others are inside the building getting people out. Two ladder trucks arrive and they are on their way to the roof. 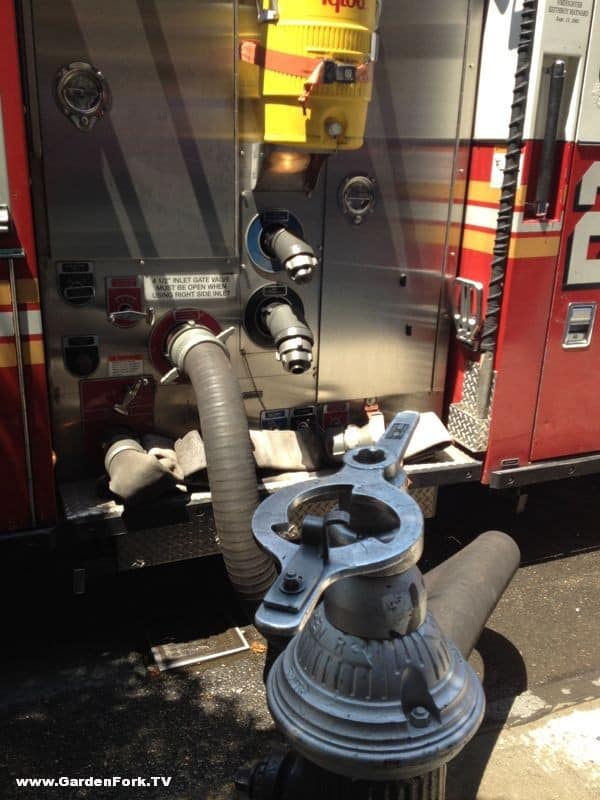 Then the Rescue truck arrives and 4 guys pile out with their oxygen tanks and are immediately inside the building. Several chainsaws with roof cutting discs are with them. 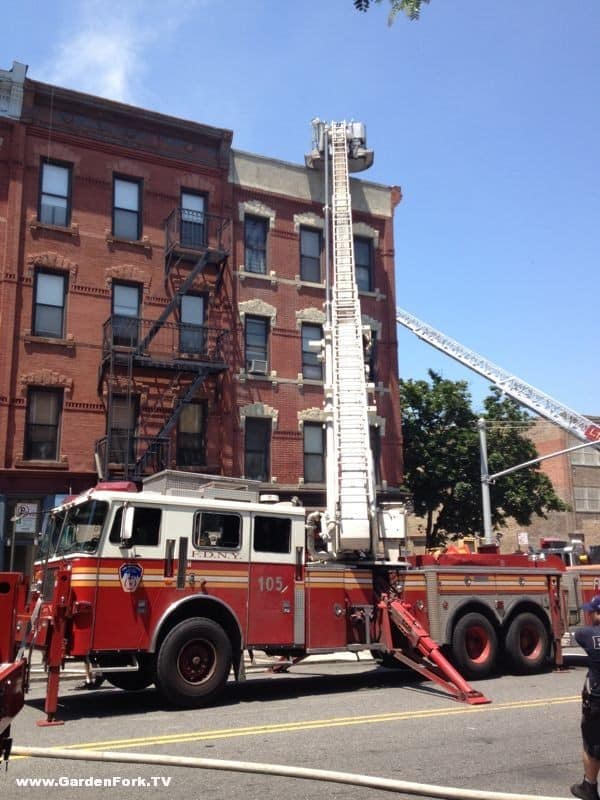 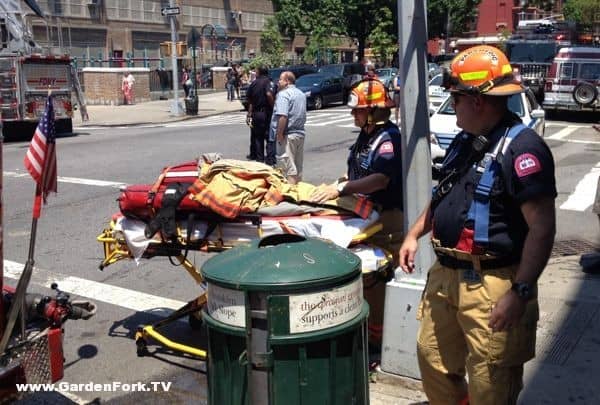 The EMTs arrive and stand by with their fire gear on.

Then in a matter of minutes the black smoke turns white, and they have extinguished the fire. Its just one of those things that I find amazing. 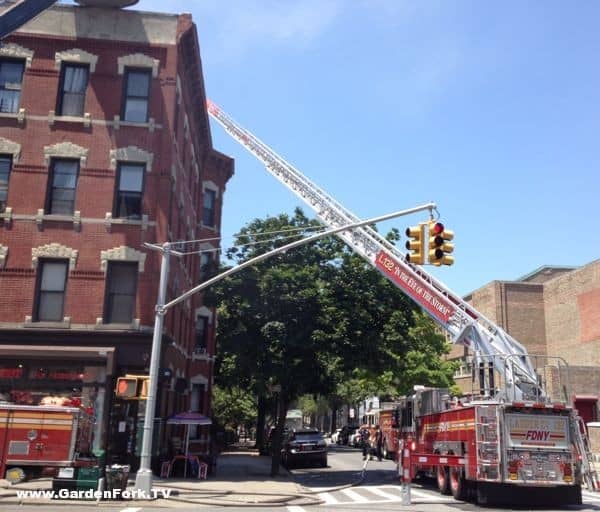 « Inside the Hive: Views from a First Year Beekeeper (Scene 18)
Season Cast Iron How To with Gary House »