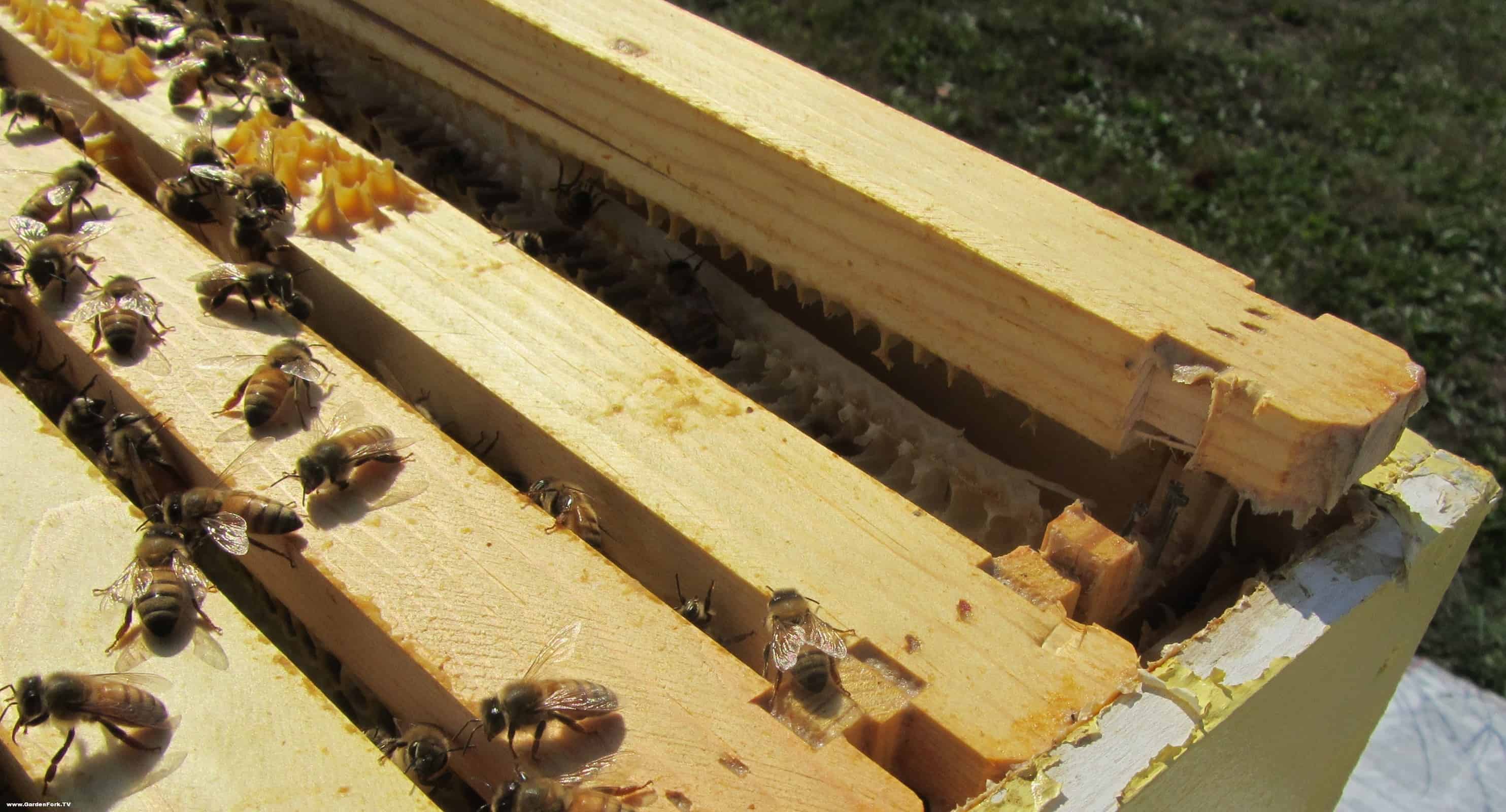 Propolis - that sticky, gooey substance that honeybees make from plant resins - is strong stuff. Anyone who has tried to separate one super from the one below it can testify to the holding power of propolis. As I've written before, bees use this to fill in small cracks and seal up anything needing to be sealed up.

Apparently, they needed to seal this frame in its box very well. Between a bunch of burr comb and an abundance of propolis, this frame simply would not come out. As you can see, the nails and glue failed before the propolis did. I honestly didn't expect that to be the case. I was very careful when building these frames and if you look closely, you can see that some wood tore away on this frame... maybe it was just weak wood.

I two-tooled the frame out after pushing my hive tools down between the frames a couple of times. I'll probably swap that out in the spring and I tapped it back together and noted which one it is.

Matt (twitter @MattInTheGarden) doesn't like those cutesy flower-topped pens that businesses use to discourage folks from taking them. He doesn't understand why people like eating liver at all. There are much better things to eat in life. His favorite stooge is Moe because he is grumpy and has a smart looking haircut. Just kidding... he's not that grumpy. Matt is one of the nine people in North America that listened to AM radio last week. If you haven't listened to AM in awhile... it hasn't improved.