It's the first really hot day of the year. You climb up on the roof, and the new hive - a bee package we installed this spring - has tons of bees all over it. There's a liquid sugar feeder on the top of this hive, and 10' away is a mature hive that might be swarming. 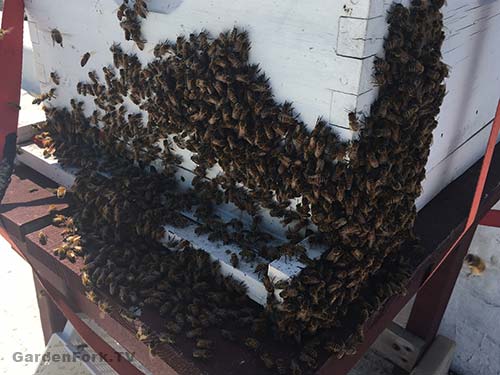 It's been a frustrating bee season so far, and I see this and just think the worst immediately. The mature hive is robbing the young hive for the sugar syrup sitting up in the top of the hive. Or, a swarm is trying to move in - though I'm not sure that is possible. But being up on a hot roof, your brain already starts to melt when you see this.

I take some pictures and send them to my local beekeeping friends, we have a gmail email group, and wait. The mature hive, which I believe has already swarmed once, it very quiet in comparison.

My beekeeping teacher told us that the first day of class. So while you are trying to figure out what is going on and how to fix it, the bees are doing what they want.

If the young hive was being robbed, you can try to place a wet sheet over the hive to thwart the attack. (there is a entrance reducer on this new hive to thwart just such an event)

Was the young hive going to swarm? This has happened to friends, though I have never had it happen to me, thankfully. Watch this cool video of us catching a swarm.

Was a swarm trying to move in on a young weak hive? I've never seen this, but my brain was racing through options.

By now I was starting to get replies from my fellow beeks.

Bearding. In other words, the bees are hot. So they are outside the hive.

I use what is called a screened bottom board on my hives. It  has a screen window built into the floor, and plastic slider that covers the screen. This allows a few things:

Previous to this first hot day of the year, we have still been having cool nights, so I have kept the slider board in, as the bees need to keep the brood boxes (where the eggs are laid) warm. Cool drafts at night aren't good for that.

But today the temperature was really high, and a closed in box gets hot. So the bees go outside to cool off. You can see in the first photo that the bees are on the shady side of the hive.

My friends emails asked if I still had the bottom board slider in, and then meltdown subsided. Pull out the slider, the bees will cool down. 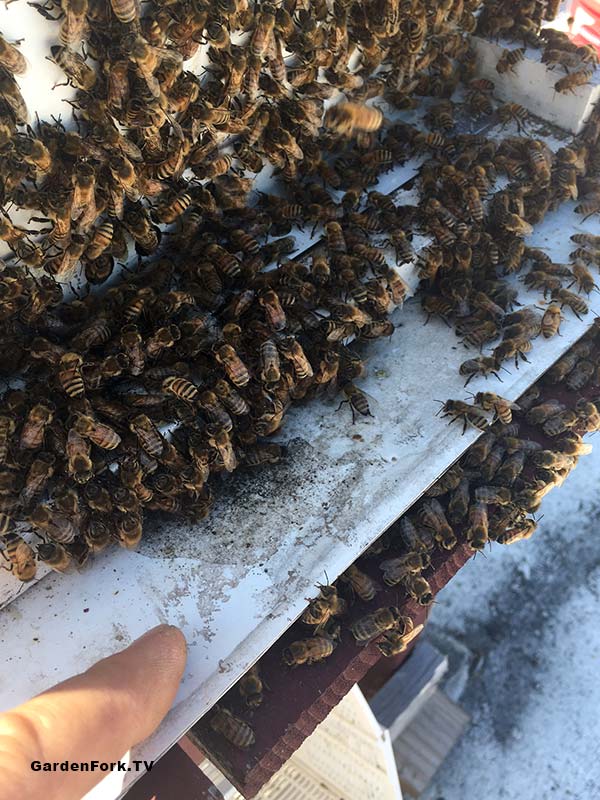 Pulling the slider out from the bottom board, slowly... 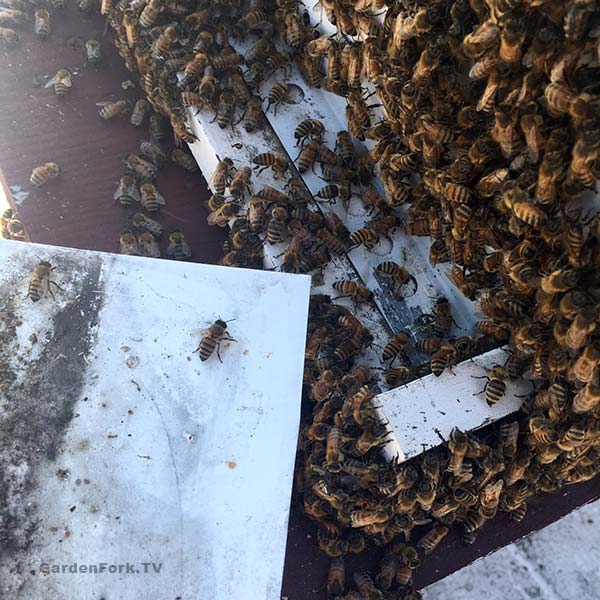 BTW, a key thing here is if you bees are on a DIY bee table/stand, the tabletop part of the stand has to have the center cut out, so air can flow to the bottom board. 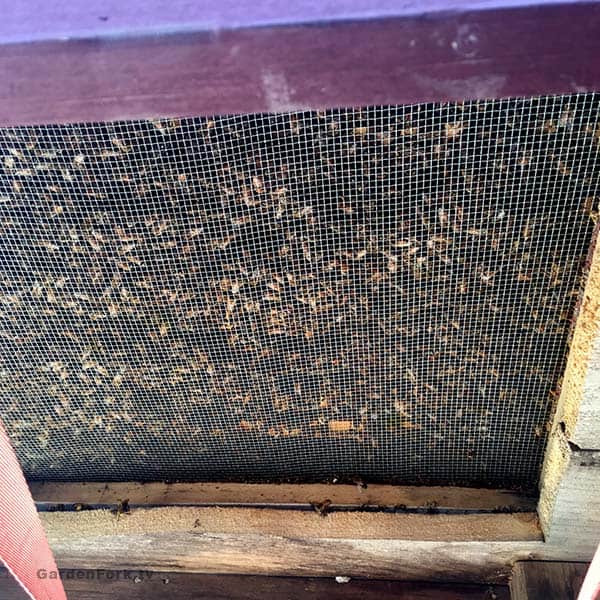 Hive stand top is cut out to allow air flow.

So I was calmer after that, and felt less than smart, even though I've been doing this for years. Standing back and looking after the fact, it did look like an overheated hive.

But when you walk into it, that isn't always apparent. So once again, its good to belong to a group of beekeepers that you can check with, right there on the roof.

« Getting Rid Of Stuff, The Urban Way
Can You Transplant Snap Peas? »