I used to be something of a pack rat, now I'm that guy always getting rid of stuff. Before, I always thought something might be useful later on. My thinking was, "I might need that one day." No more. 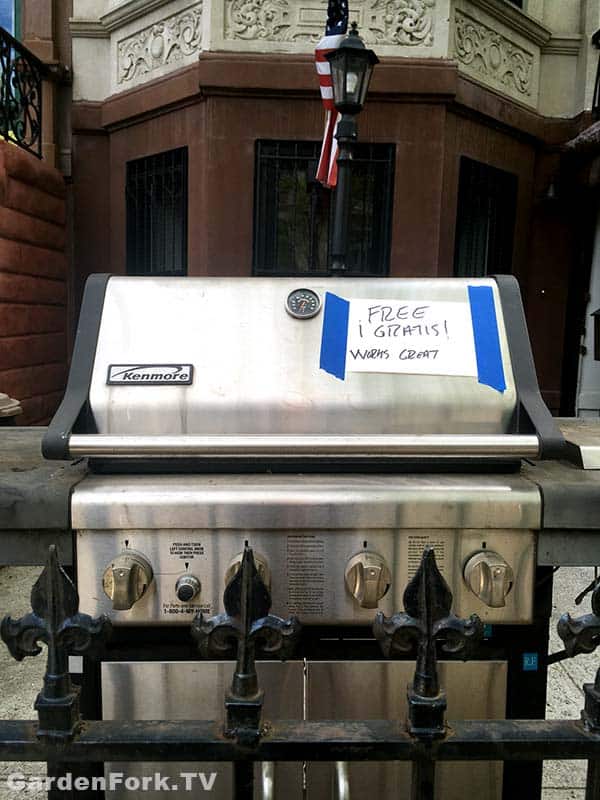 I'm not sure exactly when it happened, but now I get excited to look at the model apartment layouts at IKEA, and marvel at how you can live with less in less square footage. And do so with two large Labrador Retrievers.

I've built a few projects with IKEA cabinets, check them out here, but this post is about getting rid of stuff.
How did I come to be able to let go of stuff, and not bring more home? I think two things influenced this.
First was me starting to meditate. Not to sound all wooh and crunchy, but its allowed me to mentally let go of a lot of daily mental baggage. Lots of stuff just doesn't matter, it drags you down. (my favorite app for meditation is Headspace, it is great)

Second was the fact that I do all the cleaning in the house. If there was less stuff on the floor, I wouldn't have to move it to vacuum. Less Labrador dust balls could collect around that stuff. Fewer horizontal surfaces (piles of stuff) meant less surfaces to dust.

And when I wanted to do a project that involved large stuff, like plywood or cardboard, I always had to move stuff around to do it.

Then there is the visual. Less visual clutter. For some reason now, I like to see less stuff around.

I'll see stuff in the house, and ask myself, "Have I used that in the last year?" If the answer is no, out it goes. Many cookbooks have left the house lately. I have favorites I reference, and they stay, but I don't get the amount of cookbooks people have.

Case in point: A few years ago my neighbor was giving away a propane grill. It was in pretty good shape, but it didn't work. I fixed it, and of course made a video about it here. But I've since realized, I just don't grill. I've used the gas grill more for seasoning cast iron than cooking steak.

So it was time to let go of the gas grill. First I took a photo of it and emailed friends. With no response, I wheeled it out in front of our Brooklyn apartment, with a bilingual sign on it. I kept the propane tank for to help make maple syrup up at the house.

Literally in a few hours, someone was out front hauling it away. Nice. 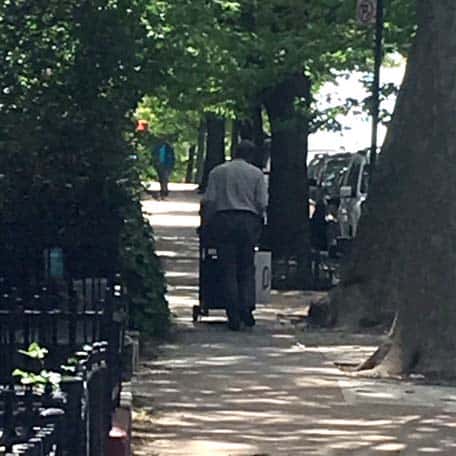 Neighbor taking away my clutter

I still see stuff and think "I should bring that home, I could use it" and then I stop myself, usually. A box of electrical wiring supplies did make it home, but its being used and anything left is put back out on the sidewalk.

Getting Rid Of Stuff, Some Suggestions

If you don't have an urban sidewalk, maybe your local community has an email list you can send to, or you can use Craigslist and Freecycle. There some drawbacks to using the free section of Craigslist, we talk about it on GardenFork Radio. But if done correctly, its a great way for getting rid of stuff. Freecycle's attraction is the people in that group understand the process, and are better to deal with. Either way set specific time and dates for pickup, or you will be waiting all day.

I look out the window and love that the grill has gone to a family who can use it, and I have more space in my backyard. It's a great feeling, just letting go. How do you let go?