This weekend I went down to New York City to go to Brooklyn to be part of Megan's BKswappers event which was held at the Brooklyn Kitchen in Williamsburg Brooklyn or perhaps it's Greenpoint - the border there is a bit fuzzy - but it was really fun as you can see from these pictures. 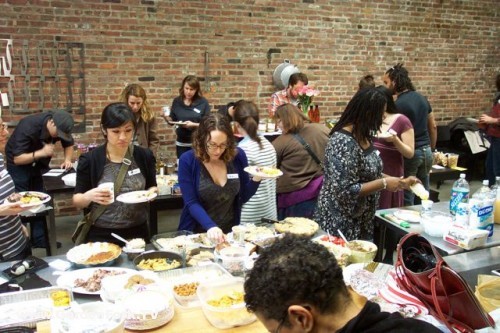 From the potluck snack table

The Brooklyn kitchen has a really nice large space that they use for classes and demonstrations and they were nice enough to allow Megan and Jane to host the BKswappers there. They opened the store a little bit early for us on a Sunday morning and we all just moved in. I forgot one detail but the food swap is also potluck and I forgot to bring anything - not surprising - but there was a ton of food there as you can see from these pictures. 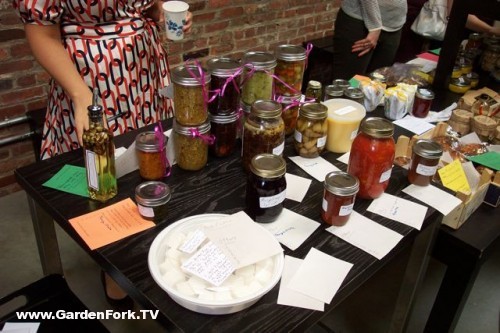 some of the foods offered for trade 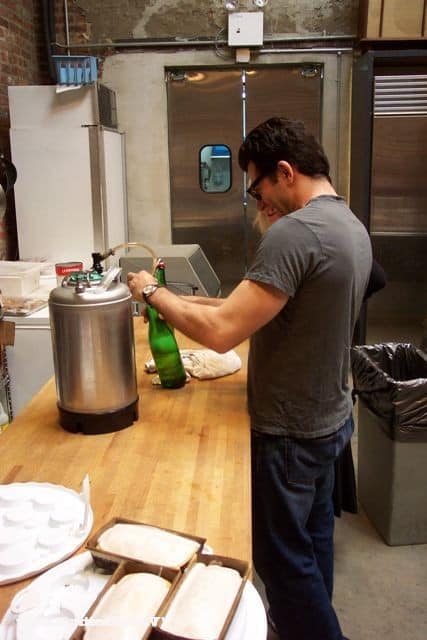 Hard Cider being bottled on premise for the swap

How does a food swap work? We talked about how to have a food swap on GardenFork Radio with Megan, one of the hosts of BKswappers. To start you can email a group of friends and have everyone meet at someone's house. Invite your friends to bring foods that they have made that they would like to trade for foods that other people have made. ( As your food swap gets larger, you can  use meetup.com for or eventbrite.com to organize your group ) 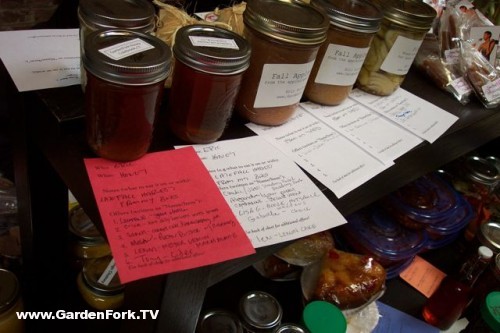 Everyone gets together at the appointed time and place ( name tags are suggested ) and they set out the foods they have brought on a table. Each food item, be it an apple pie or a jar of applesauce has a piece of paper ( an 'offer slip' ) in front of it describing what the item is and perhaps a brief note about how it was made, or what foods go well with, like hot dogs go well with ketchup. Underneath the description are  five numbered lines for swap offers. 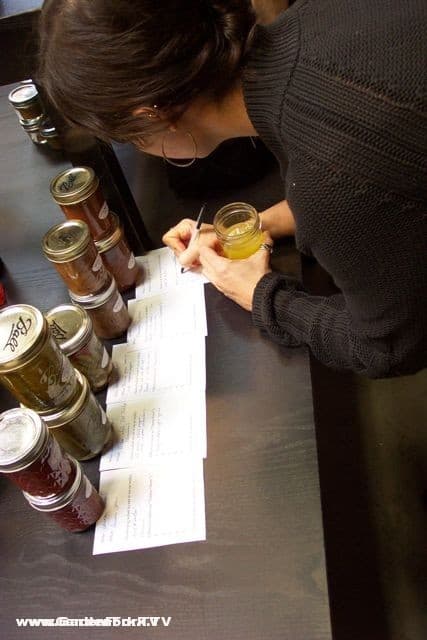 An offer to swap is made by writing on the slips

Perusing the table of food that is to be swapped, people decide what they would like to trade for and jot down on the 'offer slip' next to the food item they are interested in what they want to offer that person in trade.
There's also a lot of socializing that goes on while everyone is checking out the table, and people are eating all the fun food brought for the potluck. People brought apple pie, donuts with bacon, egg salad, duck rillet, several cheese plates, a citrus salad. All really great stuff. 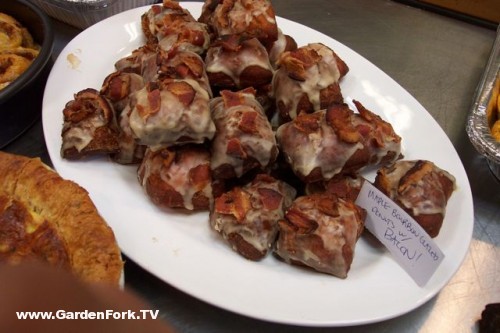 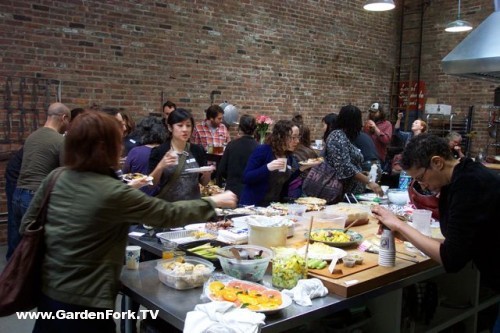 Food-a-rama at the potluck table

So while you're looking at the foods that you want to swap for, you're getting to eat food as well. nice.
Some people put on the potluck table a sample of what they're offering to trade. For example, someone brings bags of cookies they want to trade; they might put out one bag of the cookies on the potluck table to give people a taste of the cookies that they are offering up for trade. Which is pretty cool.
There is a lot of socializing the goes on the whole time while everyone's eating all the snacks from the potluck.
At a given time Megan and Jane announce:  okay it's time to do the swaps. People then look at slips of paper ( the offer slips ) next to the food items that they have offered up and see what people are offering. It is usually five or six people that offer to trade. You pick which one you like to trade for you go find the person and "say sure I'd like to trade my pickles for your applesauce". Then your trade is done. 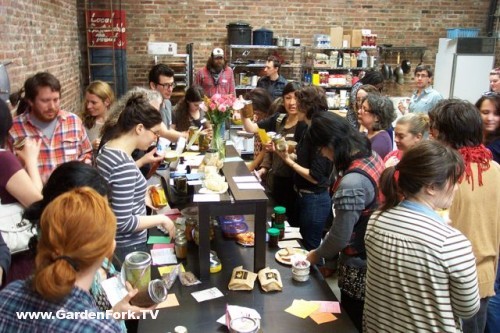 An action photo of the swapping of food

The BK swappers event is is really well-established now, they were written up in the New York Times recently ( article link here ) and that made the turnout even higher. I think there were about 40 people, from the pictures you can see it's jam packed with super nice people.
While at the food swap I learned about making sauerkraut from a fellow food swap attendee. I spoke with another guy that made hard cider - there is a picture of him drawing off a little mini keg here. The best item from the potluck table were some little mini doughnut pillows with the icing and bacon on them , yum. 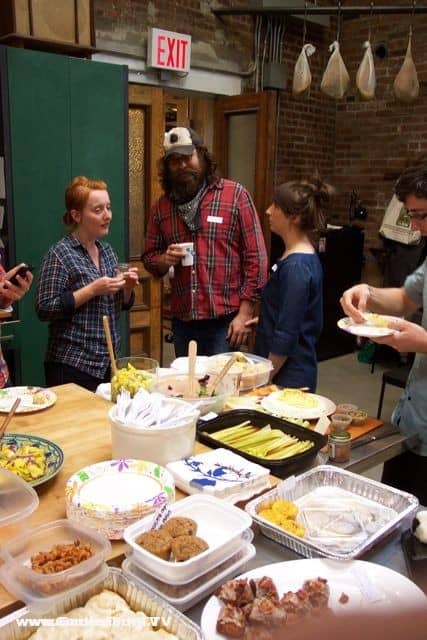 Megan, aka Brooklyn Homesteader, is one of the hosts of BKswappers

So a big thank you to Megan and Jane and thank you to the Brooklyn kitchen for hosting as well. you can find out more about BK swappers here.
FYI We interviewed Megan about how to start or host your own food swap and here is a link to that GardenFork Radio episode.