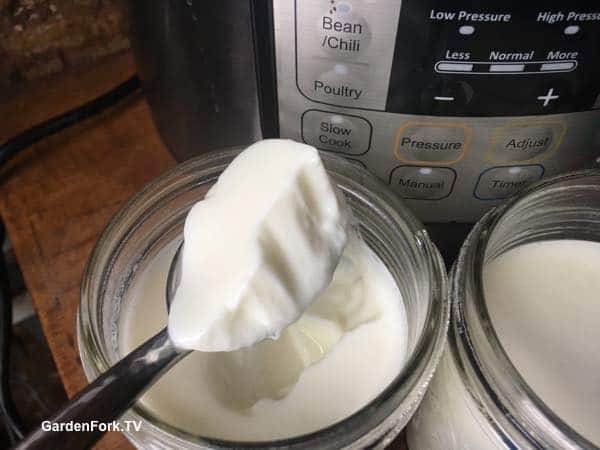 My buddy Rick told me about using heirloom yogurt starter. I had been using a commercial starter, or just some yogurt from the store, to make yogurt. His goal in using the heirloom yogurt was to increase the diversity of probiotics in his system. Makes sense to me.

Making yogurt is not rocket science. You can make yogurt in a cardboard box if you want. You heat up some milk, let it cool, add starter, and heat it again for X number of hours.

How To Make Yogurt With Heirloom Yogurt Starter

I bought an heirloom yogurt starter pack that come with packets of 4 heirloom starters here: http://amzn.to/2prpSaO

The package has some good instructions, but the first time I followed them, the yogurt didn't ferment as I expected. The starter supplier suggest making a pint of yogurt overnight in warm place. My attempts this didn't take. So I made my own method. 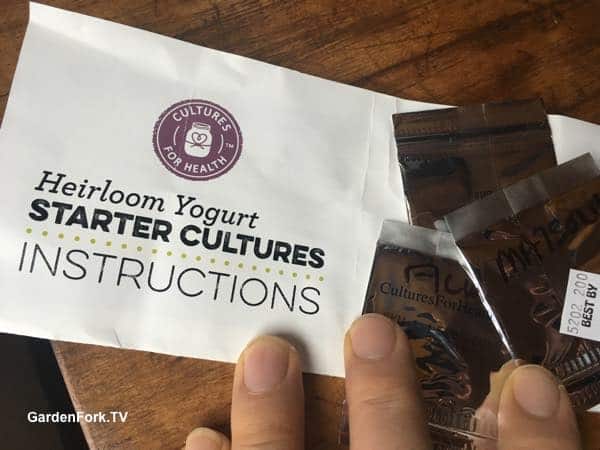 The packets that come in the package are quite small. What you are doing with these little packs is making one jar of yogurt, and that one jar is now your starter jar. You will make your heirloom yogurt going forward from this starter jar.

So here is how I make heirloom yogurt. Its super easy. I love using the Instant Pot to make yogurt, but you can do this on a stove top, wood stove, or on top of your furnace in the basement. Any kind of yogurt maker works as well.

The instant pot makes this super easy, it maintains a warm temp over the 14 hours, and beeps when its done. I found that shorter ferment times didn't work for me. Either the yogurt didn't set up at all, or it was quite runny. 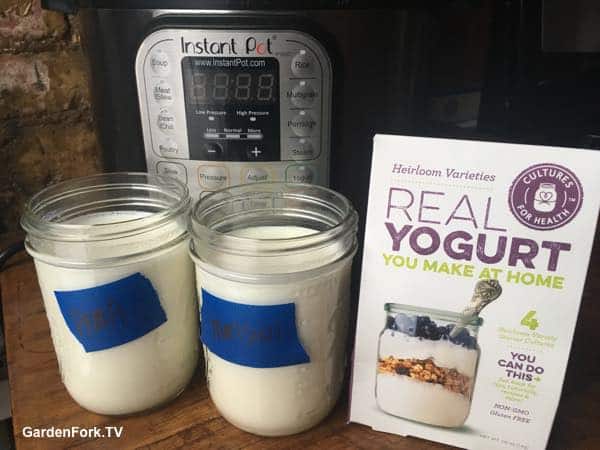 The key thing I realized is that one little packet is not intended to make several jars of heirloom yogurt, its to make one 'starter jar'. From that one jar you can add a tablespoon of heirloom starter and add it to each pint of milk. Before that jar runs out, set aside a jar of new yogurt you made from it to be the next 'starter yogurt' jar.

You can order the heirloom yogurt starter here: mzn.to/2prpSaO

If you are interested in the Instant Pot, I have a video review here.

« Our Labrador Charlie Pup Had A Canine Stroke
Should You Quit Facebook? GF Radio 469 »