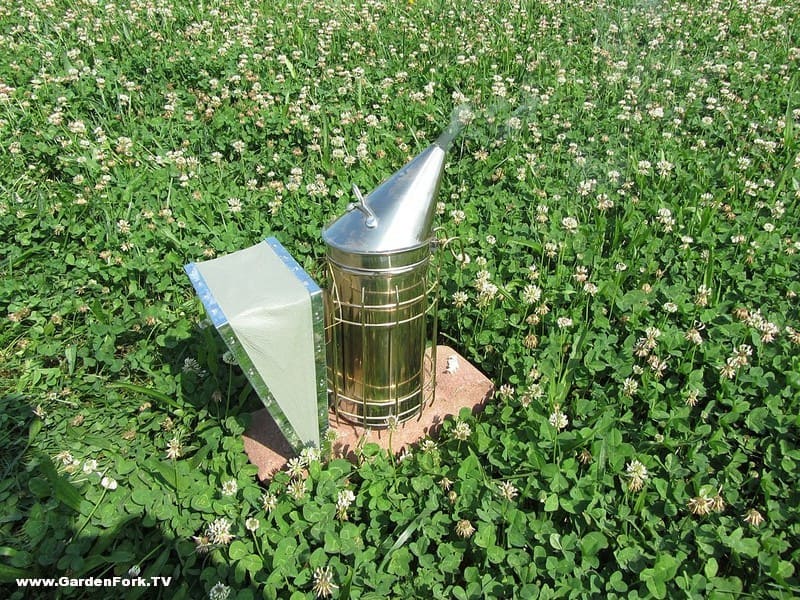 If someone were to ask me to make a list of adjectives describing the time in which we live, most certainly near or at the top of that list would be the word "connected". Texting, email, Twitter, Facebook, online forums, Instagram, Skype, IRC, email, VoIP, cell phones, land lines and even snail mail. There are literally dozens of ways to stay in touch with what's happening in your circle of friends, neighborhood, town, state, country and the world at large. Now we could argue whether all this is good or bad, but I won't. That's a discussion for another place and time.

Honeybees are connected as well. They do some "dances" to communicate to one another about where things are - a good source of pollen, a good place to make the hive, etc. Before humans began scientifically studying honeybees, I'm not sure we recognized just how connected honeybees are. The scientific method, introduced in primary schools here in the States, includes the steps of Observation, Collection of data and Analysis. That skill of observation requires one have the ability to stop and focus, capture mentally what is happening and then record that information in some form so it can be reviewed. I don't think early humans worried too much about whether bees communicated rather they were looking at the end products - honey and wax. The "waggle dance" wasn't on their radar. Mostly the idea was "don't get stung and get the honey" - simple and practical. It is easy to miss the subtleties of life when they don't, seemingly, affect the day-to-day grind. Heck, we do this today, right? Lots goes on that we miss in our preoccupied, White Rabbit from Wonderland rush through the day.

But, while they likely didn't spend too much time observing bee behavior (beehavior?), early humans did recognize that the smoke from a torch was helpful to avoid getting stung when robbing hives found in caves and trees. These people didn't understand the "why" but they did understand the "what" of the situation. Things haven't changed much in the modern world - we often recognize correlation and infer causation without understanding things deeply. For our ancestors, getting the honey was all that mattered. Why the torch smoke made it easier wasn't nearly so important. No doubt all sorts of conjectures were made by those who did ask why, but they lacked the faculties to discover the real answer back then.

What our ancestors didn't know was that honeybees use pheromones for communication. Glands in the bee produce a variety of pheromones which tell one another that things are good, there's trouble in the hive, the queen is failing and all sorts of other information. The presence or lack of a particular pheromone in the hive can signal that the hive needs to mobilize.

Truly fascinating stuff. At least to me. Perhaps because I'm in "observation" mode these days.

So, this image is of the modern equivalent of that ancient torch, the hive smoker. Made of metal,  it contains - ideally - a smoldering fire which produces a lot of smoke and not a lot of heat. Unlike most every other fire that humans make, the goal with the fire in a smoker is to maximize the smoke production.

The smoker has bellows to draw air in from the outside and push it into the smoker's firebox to stoke the fire a bit and to produce smoke which exits from the top. If you look closely, you can see some smoke escaping from it.

Smoke, used judiciously and sparingly, severs that communications line within the hive temporarily. Without the ability to distribute the "alarm" pheromone through the hive, guard bees have a difficult time getting the message across to everyone else that there's trouble in the hive. The smoke also signals to the bees to gorge themselves on honey because there might be a fire and they might need to flee that fire.

Used excessively smoke will send bees into panic mode. Most of my beekeeper friends use it minimally if at all. Like much in life, less is more.

Oh yeah - smokers can get hot. Metal transfers heat quickly and so you should take care when handling one.

Matt (twitter @MattInTheGarden) believes it is, as Tears for Fears sang, high time we made a stand and shook up the views of the common man. He's thinks the hokey pokey is what it's all about. His favorite pizza topping is black olives. He loved the Furniture Guys and misses their show.