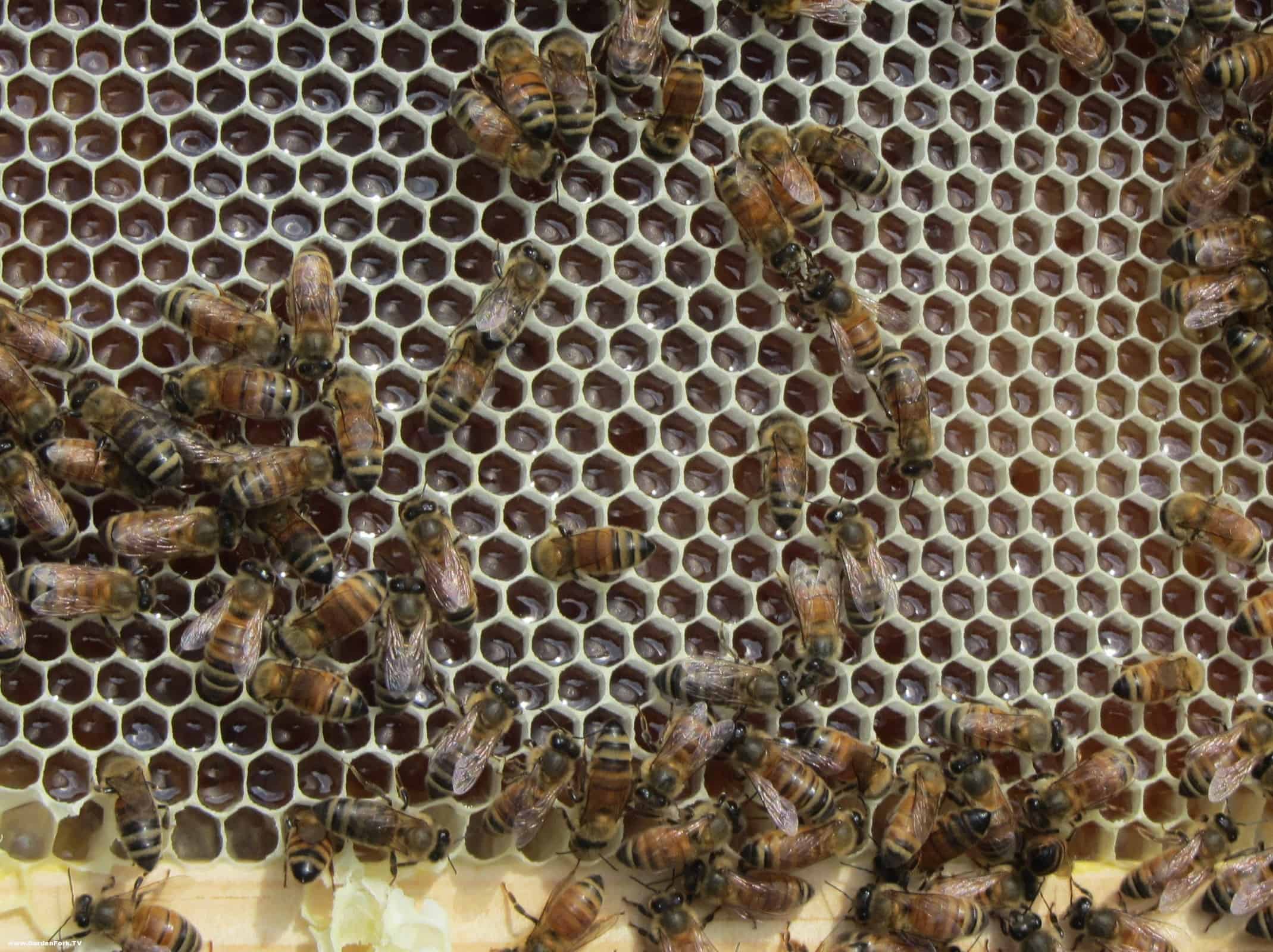 The bees in hive #2 (the hive formerly known as "the nuc hive") have been very productive. Three weeks ago we put a medium super with new foundation atop this hive and when we checked it on Father's Day, we found not only drawn comb but drawn comb filled with nectar in the process of being turned into honey. All ten frames were drawn and most of them were full of nectar or were in the process of being capped so we put another super on this hive to provide them more room.

In this image you can see a sample of what I mean. The bees are very busy working to create honey. This is accomplished via enzymes within the bees which break down the complex sugars into simpler sugars. This is called inversion. Then the water content is reduced by the bees via fanning. Once it has reached the proper moisture content, it is capped by the bees.

I personally find bees amazing. There are so many aspects of their lives which make me wonder, not the least of which is how do these bees know when to cap the honey. I suspect it is passed down through their genes but still... it is fascinating that they create a substance which has an insanely long shelf life. Cool huh?

A medium super of honey is pretty heavy. I can completely understand why some folks opt for the 8-frame mediums vice the 10-frame ones.

And don't get me started about the weight of a deep hive body full of brood and bees. But that's a topic for another time.

Read all of Matt's Inside the Hive Posts here

Matt (twitter @MattInTheGarden) is not a fan of Bermuda grass. He likes Art Deco but not Zydeco. He prefers to make greeting cards rather than buy them. Twenty-eight years later he still can play (albeit poorly) a tenor sax solo he had to memorize for jazz band concert in high school.

« Cold Frame & Hoop House How To With Nikki Jabbour : GF Radio 258
Inside the Hive: Views from a First Year Beekeeper (Scene 16) »