I planted everbearing raspberries from Fedco Seeds in one of my raised beds. My thinking was that in a raised bed, the natural sprawl that raspberries do would be easier to control. I have some planted in the yard nearby, and they love to creep into the lawn and everywhere else. 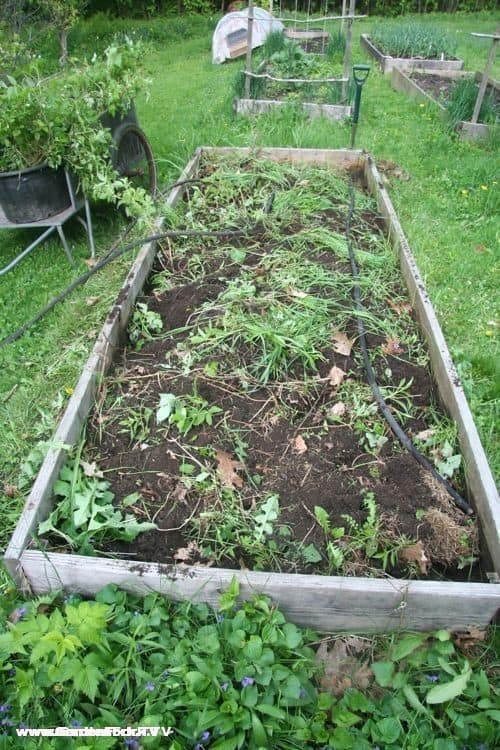 Here is the raised bed while the raspberries are removed

We have more bear problems now, and the bears love raspberries. The past two years the bears have mashed down my raspberry patch, so I decided this year to give them to a neighbor and reclaim the raised bed for tomatoes.

But how do you get raspberries out of a garden bed? I don't think you can completely, so I decided to solarize the bed. I dug out all the berries I could, and then covered the raised vegetable bed with black plastic. 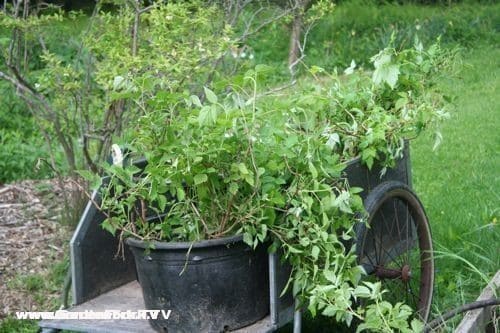 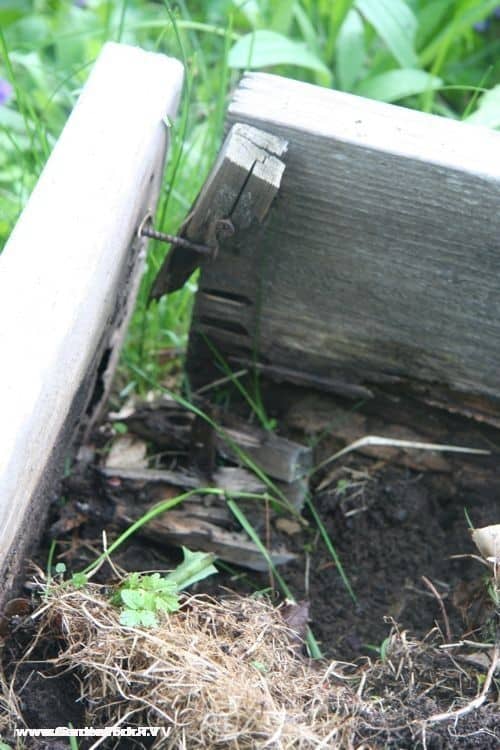 I discovered some age damage while removing the raspberries. Fixed it.

The black plastic does two things, it keeps the raspberry plants from blooming, and it raises the temperature of the soil. While I did this in late spring, this technique comes in handy in late winter to warm raised beds, giving you an edge. You can watch a video about vegetable gardening in winter here, and using plastic as a season extender our raised vegetable beds here. 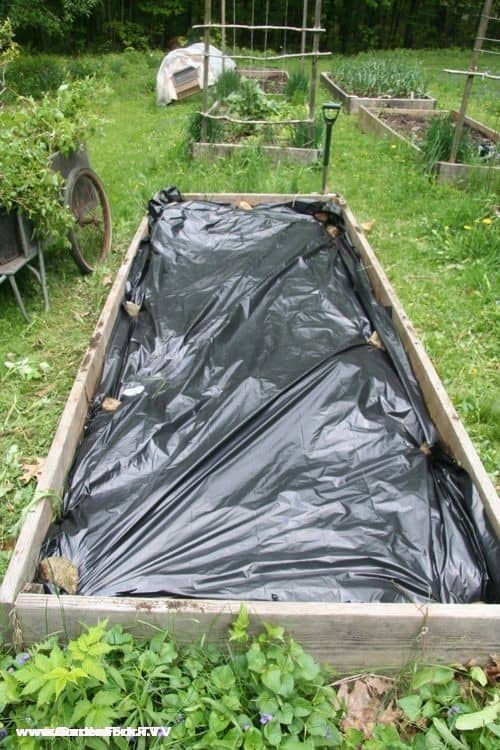 I put 6 mil plastic on the raised bed, held down with rocks.

I left the black plastic on for a month, plenty of time to kill off any remaining raspberry plants. I then kept the plastic in place, burned holes in it with a torch for tomatoes. 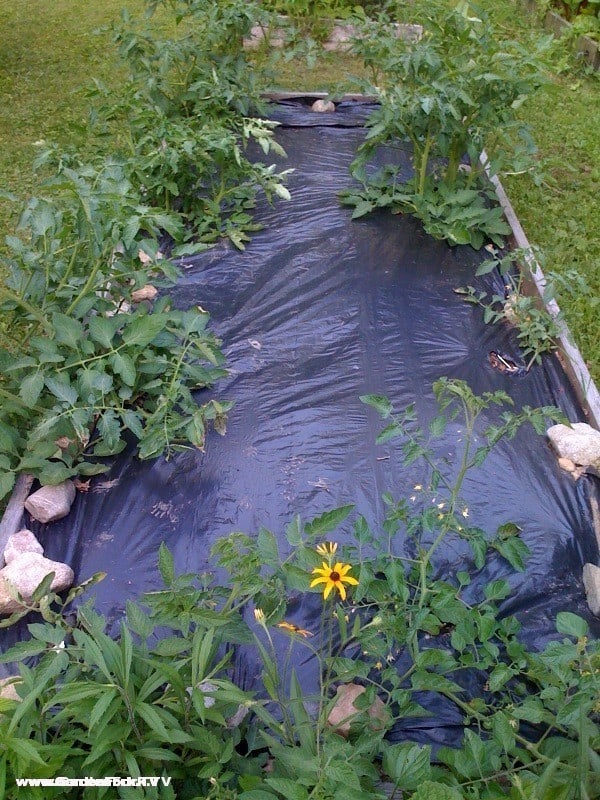 I torched holes in the plastic after a month for tomatoes.

« Lightning: What not to do! : GardenFork Radio Special
Must-have Meatball Sandwich »