I realized I bit off more than I could chew about one week into this year's maple syrup season. Ever think about a project for months, only after you start you realize, OK what did I get myself into? That's me this year making maple syrup. 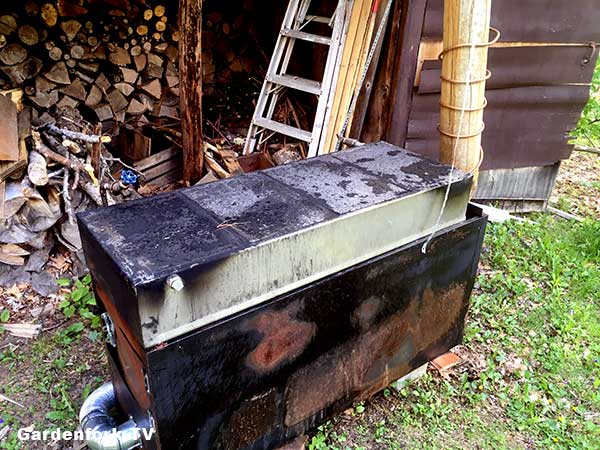 Have to clean up the rig soon.

First I built a new homemade maple syrup evaporator, I had been building it my head since last season. I found a legal size file cabinet in Brooklyn for $50, hauled it up to the house, and started building the firebox. I bought a Harbor Freight Flux Core Welder to help with the build.

For a while now I have been wanting a MIG welder, but after learning about the flux core, it was the obvious choice, and I now had a project where it would be useful. So a deep dive on YouTube on how to weld led to our first basic flux core welding video.

I had also been thinking about getting a evaporator pan made to fit right on top of the cabinet. For the previous homemade evaporator, we used steam table trays, and that's ok, but I wanted to boil more sap in less time.

I found a guy named Zach who was selling sap evaporator pans on Ebay, and contacted him about a custom pan. A week later a cheap maple syrup evaporator pan shows up on my doorstep. Cheap isn't the right word, but mbe that phrase will help Zach get more biz for his site through search. Really well made is a better term to describe it.

Last fall I started collecting way too many pallets to supply the firewood to boil down all the sap I was going to collect. 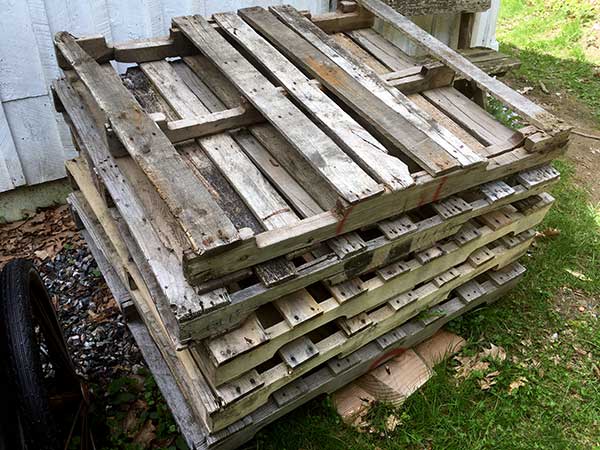 Way Too Many Pallets!

All during last winter I'm eyeballing more sugar maples I can tap around me. How would I run the lines, how close can I get them to the road - too much thinking. I order more tree taps and sap lines. Sap line and taps are surprisingly cheap, BTW.

And I bought a food grade pallet tote on craigslist, which holds 275 gallons of liquid. 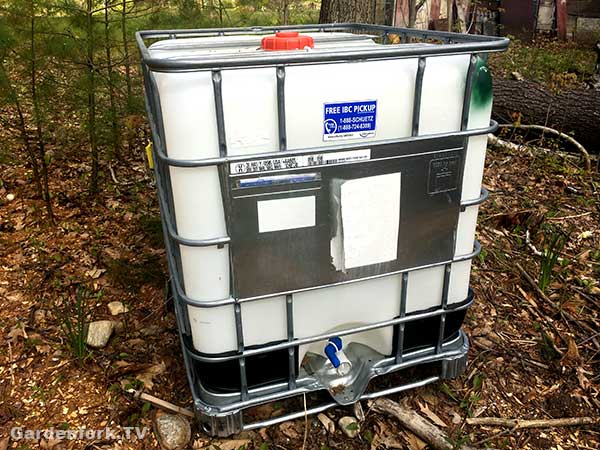 So I fire up the new evaporator and realize quickly I'm burning wood real fast, and not getting a lot of heat in the tray. The sap is boiling OK, but it should be really boiling or I should be throwing less wood into the firebox. The fire is racing through the cabinet and going right up the stack. 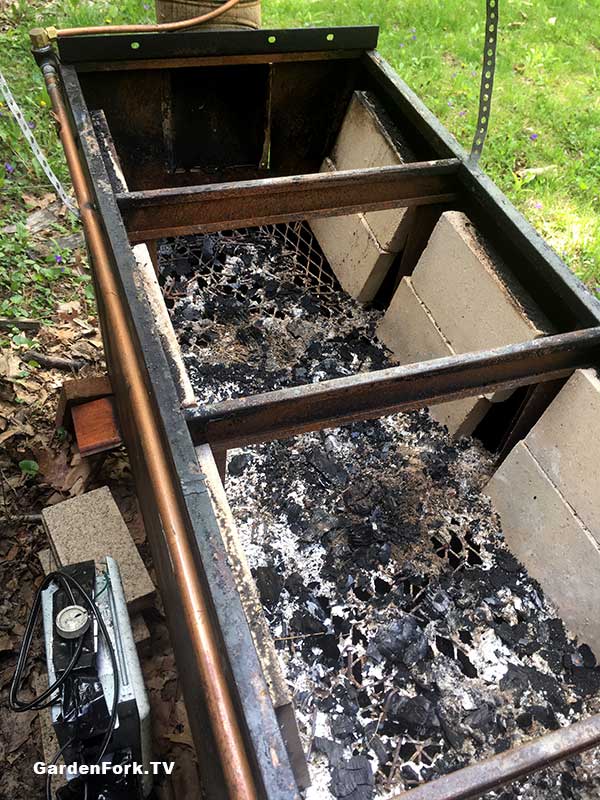 Always fun to see flames coming out of the top of a 8' chimney. No pictures, sorry.

So while I'm slowly boiling sap, I'm collecting A LOT of sap. I had been thinking about extending some of the sap lines I do along the road up into the woods, but I'm glad I didn't.

The big problem with collecting lots of sap is storage. I then discover the neat pallet tank freezes. And you can't just break through the ice in the tank like you can with an open barrel. So I had 150 gallons of sap in a pallet tote that I couldn't get out of it. The valve on the bottom, and the water in the sap, was frozen. The tank is plastic, so you can't heat it, or it melts. The beauty of the blue plastic barrels I use is that you can break through the ice and haul out the concentrated sap in the center, then turn it on its side to dump out the ice. Not so with an enclosed tank.

A related issue was when I wanted to run a gravity fed line from the storage area up by the garage down to the evaporator, I used the ⅝" sap line. If it was 32F or lower outside, the sap would freeze in the feed line. I gave up and hauled it with buckets.

My two big problems were the heat racing through the firebox and sap freezing in storage.

The sap freezing was easy, sell the pallet tank buy some more blue barrels for storage.

The firebox inefficiency was not as easy. Reading on the Maple Trader maple syrup forum, many sap makers build a baffle or obstruction in the firebox to get the heat to stick around longer. My friend Bill, who I learned how to make sap from, has two bricks halfway down the firebox, covered with sand. This causes the air - heat to become turbulent (we think) and stick around longer. I read about others who put a metal baffle in the box to slow the burn. One could also put a damper in the chimney.

My experiment with pre-heating the sap by running a copper tubing around the chimney stack didn't work. The sap just didn't warm up very much. Copper tubing is expensive! Maybe running the tubing inside the chimney may work better.

And of course, we had the epic FAIL on a glorious winter day:

After this I went out and bought a food grade tank that sits nicely in my trailer. BUT, like the pallet tank, you can't let sap sit in it, you have to get it into barrels or it will freeze. The fact that the tank sits low in the trailer (good for avoiding more spill fiascos) means I have to bucket it or pump it into the taller blue barrels. I see a pump purchase in my future...

Storage: I've been a big proponent of doing with less, minimalism, downsizing your junk. But making maple syrup causes you to need to store quite a bit of stuff. Kinda like beekeeping. The barrels go up in the garage, but I have to find a place for the tank. 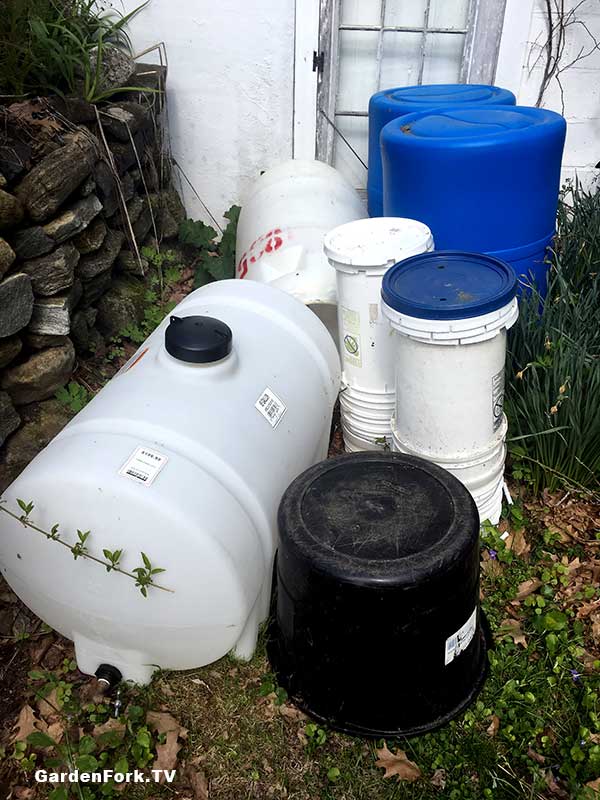 What did work quite well was lining the side of the firebox with firebrick. I found the firebrick at Lowes. It was pretty cheap - previous I always thought firebrick was expensive. This type was sold as bricks to replace cracked ones in a home wood stove. I basically leaned them up against the sides of the file cabinet. This directed heat up to the evaporator pan, and kept the sides of the cabinet cooler. With the previous file cabinet evaporator, you couldn't stand next to the rig for too long without burning your pants.

The last thing that hampered the sap season was me. I did this all by myself. Friends would be interested, but wouldn't show up. So if you are thinking about making maple syrup, get your friends involved early.

But I am already thinking about next year!

I will post some photos of my firebox on Maple Trader and ask the experts for suggestions. My friend Bill suggested the bricks and sand method, that is the first one I will test out. Improve the sap pre-heater. And yes, test the firebox before the start of the season. Did not think to build the evaporator in the fall and boil some water to see how it all worked.

It will be easy to sell the pallet tote to a neighbor, and blue barrels are easy enough to get.

So if you are thinking of making maple syrup, start small and involve your friends. Your eyes will be bigger than what you can get done in the 3 weeks of sap season. Learn from me!